You must have been living in a cave for the past couple of years if you claim that you have not heard of this latest “incredible” upgrade of our wireless systems: 5G.

As I wrote already here, although 5G gives you phenomenal speeds and the lowest latencies ever, it is not going to be a full generational upgrade, like 4G was for 3G. It is a solution for the most congested and/or demanding use cases, like sports stadiums, major highways and the centers of mega cities.

5G is being rolled out now globally, and many companies already have one or more products supporting it. As a matter of fact, no less than 19 companies have signed up to use Qualcomm’s new X50 5G modem, promising to bring devices to the market this year. And then there’s also 5G hardware from Huawei, with its constantly developing political side story these days...

In the middle of this all, Apple comes out with just another ho-hum rehash of “same old, same old”. You get a couple of hours (wow?) more of runtime and multiple cameras (like with many competitors already have) to play with. But no 5G.

Apple’s response has been that “our objective has never been to be first, it's to be the best”, and to be honest, the very first iPhone successfully pulled the same trick all those years ago, on the verge of 3G roll-out.

But the times have changed since the early days of iMania.

If you take a cynical view, Apple is simply taking advantage of the fact that for most use cases, 4G is already “fast enough”. As anyone who has switched from tens of megabits to hundreds of megabits of bandwidth with their Internet connections can vouch, the actual browsing experience does not get much better after, say 20 Mbits/second: the servers and other inherent latencies play a much larger role than the actual connection speed. Where you gain hugely is in direct downloads and uploads, but for any general media consumption, the difference is nothing to write home about.

So, by skipping the early 5G technology, Apple can hold the old price points with even more juicy profits, as the 4G hardware prices are plummeting. Ka-ching!

I found it funny when LG’s new LG V50 5G phone was branded as “expensive” at $999. It’s got bigger screen with more pixels than iPhone 11 Pro, 50% more RAM, 100% more Flash Memory and 25% more battery capacity. AND it has 5G. It even has the same triple cameras, one of which comes with better resolution than the iPhone.

And you can toss a 1TB micro-SD card into the LG. As we all know, there is no memory slot in iPhone, and buying more memory “inside” an iPhone is by far the most expensive memory upgrade in the tech world these days. iPhone's basic 64 GB is really a low-ball figure if you try to present yourself as a "high-end device".

Despite these considerable advantages, LG V50 has the same weight and cost as iPhone 11Pro, and has been on sale for months.

OK, there’s a combinatory image optimizing algorithm called “Deep Fusion” in the iPhone, but that is just software: other manufacturers are sure to offer comparable features. And with only 12 megapixel cameras, Apple may need all the AI help it can get to squeeze quality out of its hardware.

Hence, if the purchase decision was made based purely on specs, there would not be any competition. LG V50 outshines the iPhone 11 Pro in all dimensions, fair and square. And LG V50 is by no means the only competitor with better specs - I used it as a reference due to the matching price.

Apple naturally rides on its brand, and has recently promoted privacy as another major feature. But repeatedly bringing new “Meh-phones” out every year can only take you so far with the current price points.

If you shell out the same egregious price as you did last year, wouldn’t you want to get a bleeding-edge experience, not just a couple of hours more of running time and features that other manufactures released months or even years ago?

For a devoted Apple cultist, the answer has so far been a resounding “NO”, but what happens when everyone else has folding screens and 5G for half the price? That day may come sooner than we expect. 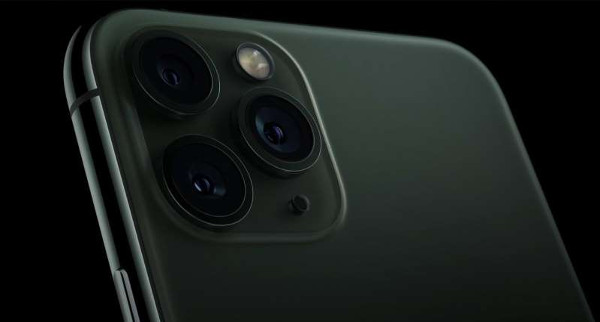