When Nokia still made mobile phones and was in search of a “killer OS” for the latest generation of smartphones, Nokia’s marketing wizard Anssi Vanjoki commented on a potential move to use Android as the equivalent of “peeing in your pants in freezing weather”.

For those who have lived in warmer climes, this is a metaphor for generating an instant feeling of warmth, while the long term effects of such a move would actually turn out to be seriously unpleasant.

A part of this negativity certainly stemmed from the fact that an uppity new OS was stepping in the area of Nokia’s former stronghold. But I personally witnessed how Nokia had major issues with their own SW development, having failed to bring out their own Linux-based version to cover the increasing capability requirements of smartphones.

So it was no surprise that the idea of using Android was floated as a potential alternative.

As I wrote in my book, several generations of Linux-based operating systems were introduced, but they never gained the necessary traction among the top management of the company. And Steven Elop finally killed the very last version just when it was about to hit the market.

After “Mother Nokia’s” exit from the mobile phone business, a team of former Nokia employees, together with the backing of international investors, took the chance of “riding the wave” of Nokia’s history.

This company, HMD Global, has since introduced several generations of Nokia-labeled phones, from wacky nostalgic “banana phones” in the good old Matrix genre, to absolute high-end devices with top-quality cameras, and is selling them in the 100-million range annually.

No small feat in the cut-throat competitive environment of today’s smartphone scene, and a ten-fold increase from the time I last commented on HMD Global.

I have personally been enjoying the “clean Android”-approach of HMD’s products now with two generations, and they have earned their place on my list of favorites. Partially due to my own nostalgic reasons, I admit, but also due to the minimalist approach of “Android bloat”, which seems to be the case with so many other manufacturers.

It is still impossible to avoid the over-reaching privacy violations that are possible in the Google ecosystem, as I explained in my previous blog, but at least you can try to minimize them by sticking to "pure" Android.

Despite selling gizmos by tens and tens of millions, the latest financial figures do not look good: with a sales of whopping 2.4 billion euros, HMD Global still made a loss of 189 million euros. A new financing round is in the works, again.

Their explanation for this situation is the need to invest in new markets and in the transition to use the new, superfast 5G networks. The investment to new markets already bears some fruit: recent openings in the US Market via AT&T and Verizon may help to extend the sales and enhance profitability.

Still it is worth remembering how the USA was almost 100% “Nokialand” at the turn of the century, but became a desert devoid of Nokias just a couple of years later.

Trend is your friend but it can also turn against you in an instant.

HMD Global is not alone with its profitability problems: other smartphone companies are struggling as well. One prominent example being Sony, as I explained in my earlier blog entry, and just recently Xiaomi, which is still profitable, has seen its IPO value halved: it’s resorting to share buybacks to shore up its stock price.

It is a difficult market, and I tip my hat to the leadership of HMD Global for tackling it. 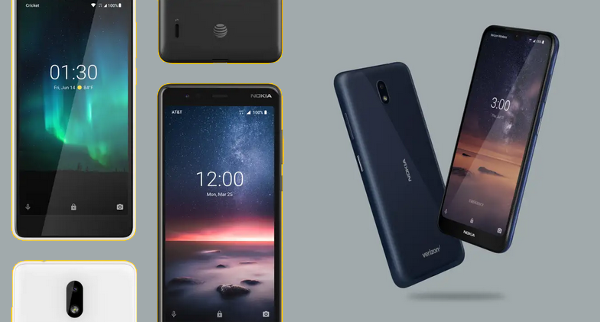 "Nokia" is prominently back on the US market [HMD Global]