Companies like Samsung have taken the lead in bold and radical new designs for portable gadgets with devices like Galaxy Fold, although clearly with too much rush in that particular case – Galaxy Fold will be relaunched next month, hopefully without the earlier slack in mechanics that allowed destructive particles to enter the frame and damage the revolutionary foldable screen.

So what do you do if your innovation has been reduced to “slightly slimmer, with slightly larger screen, and more expensive” version of the same old concept, and there apparently is no appetite to extend your product range to lower price points in order to extend your customer base?

Well, apparently, if you are Apple, you can still try to push “design”, like with the $999 display stand. Yes, a sculptured lump of aluminum for a price of a massive widescreen display (or two) from other manufacturers. Including stand, of course.

As a reference, the weight of the new Apple XDR stand is 12 kilos. Aluminum spot price on commodity markets is less than two dollars per kilo. Even with some nifty balanced hinges, a couple of magnets and manufacturing costs thrown in, it is blatantly obvious that we are talking about an astronomical profit margin.

The announcement of that "only $999" price got gasped at by even the most devoted Apple cultists filling the seats of the recent product presentation. That must have been an odd experience for the high priests from the leading company of shiny objects, more used to receiving repeated standing ovations.

Of course, that move neatly pulled the focus from the cost of the XDR display itself: $4,999, and the new Mac Pro (prices starting from $5,999).

But design aside, the other, more important angle pushed by Apple has increasingly been privacy:

By jumping on the Android train, the customers have no idea what kind of in-built spying is happening in their phones. The cheaper they come, the more “baggage” they appear to carry to compensate for the low price: it seems like every few weeks there is another incident of a phone “calling home” with some obscure backdoor data channel, totally without owner’s permission.

In many cases, by accepting the default suggestions of a new Android phone, you already give permission to track your every move. Naturally you are lured to give this permission due to some "good" cause, like tracking a stolen or lost phone, or sharing your location information with your friends and relatives.

Add to that the easiness of getting a Gmail account, and your whole existence on this planet is duly indexed by Google.

The slippery slope of adding yet another product from Google takes you always one more step deeper in this cobweb of “free stuff”. And as we all know, there is no such thing as free lunch: while you use Chrome, consume your daily dose of YouTube content, and top it all up by using google.com as your search engine, a complete profile of you starts building up behind the scenes.

Of course, anyone sending mail to your Gmail address is subject to same kind of data extraction, without their consent, so you are unwittingly spreading the tentacles of Google to your friends, too.

No wonder then that there is a new version of an old saying:

The latest revelation was that Google had an inbuilt feature that fed mobile network quality information to operators from Android phones. Nobody knew about this background process until Google for some reason decided to disable it, and the information of it got leaked out somehow.

This is a good example of a hidden feature that was spread to millions of devices across the globe, and showed how far Google has veered from their IPO promise of “do no evil”: the users were unwitting and unpaid scouts of mobile operators.

Apple has increasingly been taking advantage of this rising trend, and thanks to their closed environment (which still gets jailbroken every once in a while, last time just a couple of days ago), they can focus on an alternative approach: keep your data private. Their latest announcement of stopping to retain Siri recordings is another major step in this direction.

You still sell your soul to a cult, but now with hard cash, presumably keeping your private life, well..., private.

...unless you load Chrome into your iPhone and use a Gmail email, of course, or plug yourself into the alternative spying and disinformation universe of Facebook...

Hint: if you can't live without some of these, use Virtual Machines and flush frequently.

With the profit margins of Apple, there’s no need to milk the last ounce of privacy information off the users, so the choice is clearly either “say goodbye to your privacy” Android, which still often comes with groundbreaking and very appealing new features, or “refinance your life” shiny but somewhat boring slab from Apple. 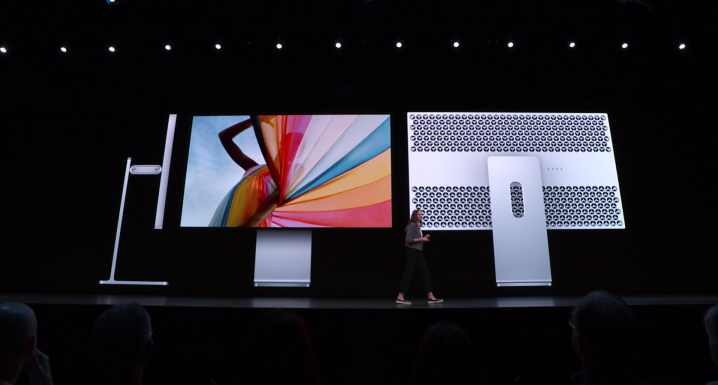