The weekend of April 26th in 1986 had nice, crisp, sunny weather in Finland. I was out pushing my daughter in a cart, enjoying the rare, warm spring Sunday in Tampere, blissfully unaware of the potential threat of minuscule radioactive particles, “hot dust”, that had started emanating from Chernobyl and were carried to Sweden and Finland by the high altitude winds.

The first to raise alarm was not the Soviet government: the radioactive detectors had started ticking both in Finland and Sweden, with clear indications of a Soviet origin, but along with the ongoing atmosphere of “Finnlandisierung”, the Swedes were the first to point their fingers towards the Soviet Union. The Finnish news only reported this on 28th of April.

The reasons for this accident were a combination of state-level hubris, inherently bad reactor design, and a set of poor decisions and complete blunders by the maintainers of the reactor.

First of all, while the nuclear reactor cores in the West had mandatory protective shields, the Soviet versions designed by the glorious intellect of the communist upbringing could not possibly have faults in them: hence the expensive concrete and steel cover over the reactor was “unnecessary”.

Second, this particular reactor type had a positive void coefficient, meaning that when cooling water started to boil, the nuclear reaction and thus the thermal power output increased rapidly.

The maintainers of the reactor were aware of an approximately one-minute “dead time” before the backup generators managed to start in case the coolant pumps experienced a power failure, and this was a potential safety issue. So they had decided to run a set of tests to see how long the turbines would generate power in case of a simulated power down.

Ideally, the reactor core would be running with only minimal power at the time, but due to the unexpected power demands in the national grid, the preparations for the test had to be stopped, and the test itself got postponed all the way to the night shift.

As the reactor state had been manipulated between minimum and nominal levels within a relatively short time frame, the reactor ended up being in a very unstable state, with many nuclear byproducts interfering with the expected behavior of the control systems. ln addition to all this, many automatic protection systems were switched off in order to perform the test.

Hence, as the test finally commenced, the thermal output of the reactor core rapidly spiked to 10x nominal, and the sudden generation of high-pressure steam blew the reactor core wide open, taking down most of the building around it as well.

All cooling capacity was lost, and the rest is history. Estimations of the human impact vary widely: various studies expect between 5,000 and 100,000 direct and indirect deaths resulted from this accident in the first 50 years, and the 2,600 km2 exclusion zone around Chernobyl is a grim test laboratory on the effects of continuous radiation on vegetation and wildlife. One study claims that wild dogs in the area have a limited life span of approximately six years.

The residents of the nearby city of Pripyat were evacuated “for only three days”. This evacuation still continues, with no end in sight.

All the physical burden of this catastrophe is now left for Ukraine to handle, but luckily the international community understands the global threat that uncontrolled, molten core of a nuclear reactor carries: the latest protective cover project, costing 1.6 billion USD, got funding from 40 different governments.

In 2011 the area was opened for “radiation research”, and a wacky form of tourism has risen, filling YouTube with videos from the city and its surroundings, frozen in time, waiting for the nature to fully take over the steel and concrete structures.

The reasons for the accident have been dutifully recorded, and the chain of events is reasonably realistically depicted in the new HBO series "Chernobyl", with only a slight amount of “artistic freedom”. Still, as a whiff of good old Soviet times, the official Russian reaction to this series has been anger and denial: state-owned Gazprom Media's television channel NTV is reported to be working on a series that blames the accident on no other than the CIA...

In theory, nuclear energy is the perfect “industrial-grade” power source, offering energy in massive and predictable scale. Unfortunately our eagerness to bind the nuclear energy technology to nuclear weapons programs made us choose uranium over thorium, and our keenness to create maximum output power did not give room for self-regulating reactor designs that would automatically reduce the reaction in case they overheated.

Both of those technologies would be available today, but there seems to be very little interest. Only China and India are toying with thorium, and systems that automatically shut down in case of control failure are only in very experimental stages.

It is hard to believe that the reputation of nuclear energy could ever again be improved, when cases like Three Mile Island, Chernobyl and Fukushima have shown that the designers of these plants are not as clever as the industry has tried to make us believe: Mr. Murphy appears to be able to find a way to throw a wrench between the cogs, and the damages of any mishaps are counted in tens of billions of dollars and the effects are felt on a global scale.

Most likely this is a good thing: the feeling of having inadvertently exposed your child to an invisible danger from thousands of kilometers away during a beautiful Spring day stroll in the park is not a memory anyone should ever have.

And thousands of people living closer to this catastrophe have either died or lost their loved ones as a direct consequence of human hubris. 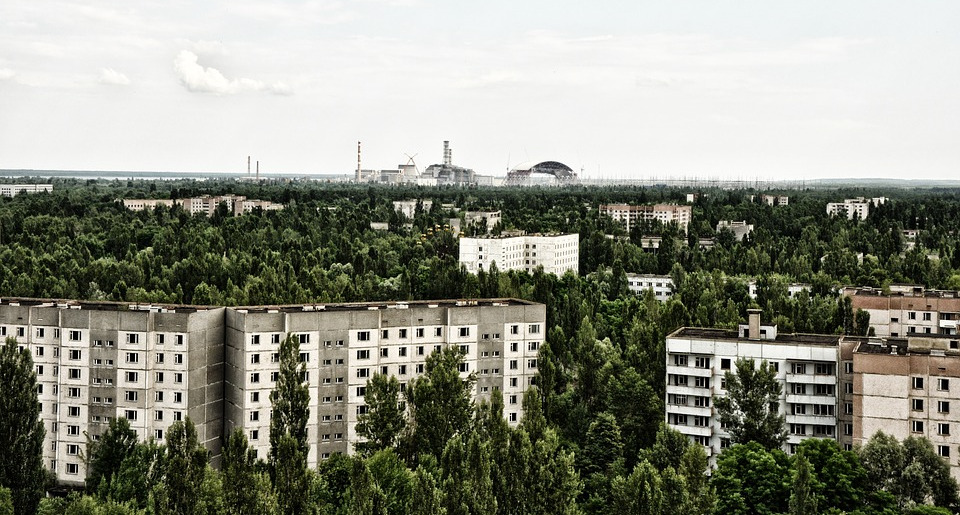 Chernobyl Power Station in the skyline of Pripyat. [Amort1939/Pixabay]