The maiden flight of the world's largest airplane by wingspan, Stratolauncher, was widely reported in media with great enthusiasm: the aim of the company Stratolaunch, which was behind this endeavor, was to carry a rocket high up into the stratosphere before launching it, therefore reducing the amount mechanical stress that any rocket launched from the ground had to endure while it is traveling with hypersonic speed through the thick atmosphere. This launch mode was also going to reduce the amount of rocket fuel needed to reach the orbit.

Stratolauncher was the brainchild of Paul Allen, one of the founders of Microsoft, who, like Bill Gates, did not hesitate investing his newly acquired wealth in various philanthropic and leading-edge projects around the world.

But after the maiden flight was over, the news emerged indicating that the staff of Stratolaunch had already been cut down to a skeleton crew of only 20+ persons, with a target of just making the Stratolauncher fly “in order to pay homage to Paul Allen's vision and to honor his last wishes”.

Instead of going forward with the original plan, the company has now ceased operations entirely.

According to some media sources, the decision to mothball Stratolaunch was claimed to have been made by Paul Allen's sister, Jody Allen, who is the leading figure in Paul Allen's philanthropic foundations and investment funds. Jody Allen has reportedly had very different views on the directions of the use of the billionaire brother's assets, and now that Paul is gone, the priorities have clearly been revised.

There may also be some technical reasons behind this decision: while it is true that some aspects of rocket launches are benefiting from this stratospheric launch mode, the fact that the fully loaded and strapped-in rocket has to remain horizontal for the initial duration of the climb will pose very different structural requirements for the rocket that is being carried onboard, thus complicating its design.

Another reason is simply based on the success of SpaceX, which has proven that it is possible to build a rocket engine that works well enough both at sea level and in vacuum, and which can be reignited on demand so that the first stage makes it back to the ground in one piece. Building and maintaining something like Stratolauncher is by no means cheap, and the “normalization” of reusable rockets by SpaceX may end up having a decisive competitive edge over airborne solutions.

Despite this, there is still another significant player in the airborne launch business: Virgin Orbit. Their launch vehicle is a modified 747 jet, and the claimed benefits are the same as what Stratolaunch has been pushing: the potential of avoiding any bad weather at launch site, and the possibility of having a very diverse set of target satellite orbits with lower cost than what is possible from launches that are made closer to the equator.

So however sad this end of an era with Stratolauch may be, there is at least one company that is happy to see a major competitor to go out of business.

The destiny of the Stratolauncher has already been compared to that of Howard Hughes' massive flying boat Spruce Goose, which only saw one, short and low flight before being mothballed as well.

Coincidentally, Spruce Goose was also the airplane with the widest wingspan in the world until Stratolauncher came along: being the widest plane ever seems to be a bad omen. 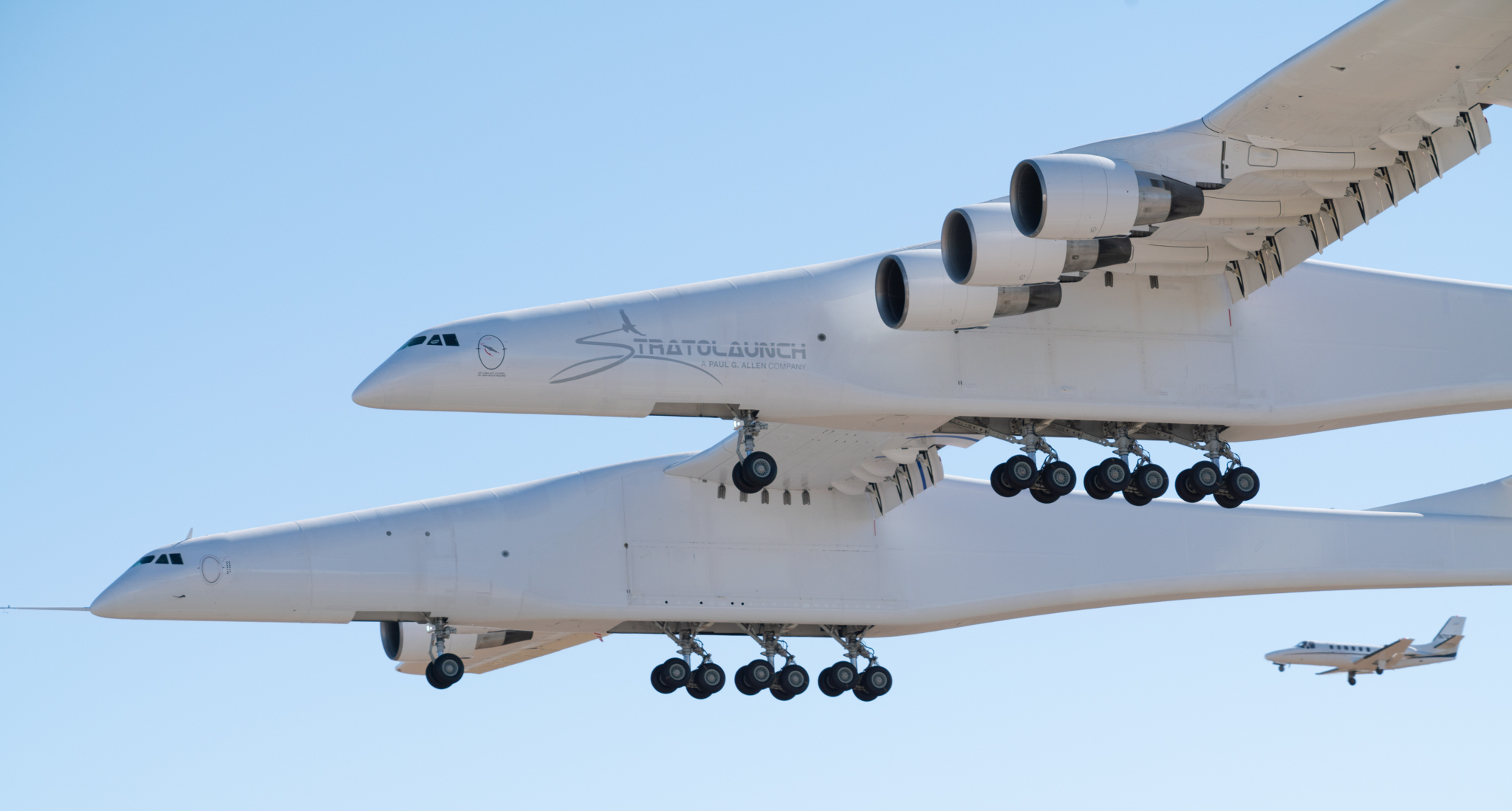 The beginning and the end of an era. Image: Stratolaunch