As the grounding of Boeing's former star performer, 737 MAX, seems to keep dragging on, the new mode of operation appears to be straight from the current White House's playbook: blame others.

Apparently it does not matter that even AMERICAN pilots had raised serious concerns about 737 MAX's safety months prior to the recent accidents: the new twist in this sad saga is to blame the training of foreign pilots.

It is true that in the fatal accident of the Ethiopian Airlines has some aspects that point at pilots' behavior: in the midst of the stability problems, they apparently froze to focus on the pitching issues while still going forward with full throttle. Yet it does not remove the fact that the reason why they had their hands full was squarely due to "features" of this particular plane type.

It is remarkable to note that the initial pilot operating handbook of 737 MAX did not even have a mention of the dreaded automation that was included in the plane in the form of the MCAS system. You had an automatic control setup that could seriously impair the control inputs of pilots, and the pilots were not made aware of it.

As I wrote earlier, all this was made in the name of getting an upper hand over the competing Airbus by playing down expensive retraining requirements between earlier 737 models and the MAX.

When it comes to pilot training, having gone through the private pilot training all the way to instrument level myself in the USA, I can vouch for the fact that the majority of the World's airplane pilots are at least partially trained in the American skies. The radio traffic is oozing with complicated accents and the rest areas of pilot training organizations have folks of all colors populating them, all joined by their desire to take to the skies.

Therefore blaming bad training may boomerang rapidly. I could not find details on where these accident pilots had had their training, but it would not be a surprise if at least some of their training had been in the USA.

Reputation takes a long time to build up and it can be lost in a heartbeat.

Boeing did not sell a single jet in April. Of any type.

Blaming the victims hardly helps: if the foreign pilot training is to blame, how come it is still only 737 MAXes that have this kind of accidents? 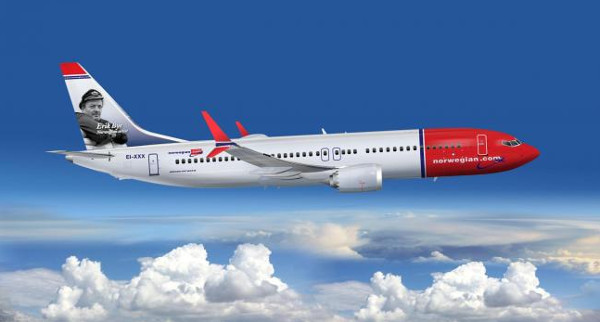 Norwegian's 737 MAX-induced loss is estimated to be $50M. Image: Norwegian