As I wrote in my book, Elon Musk's SpaceX has been working on their Starlink initiative, aiming to put almost 12,000 satellites on Low Earth Orbit (LEO). These satellites will then provide gigabit dataspeeds with a global coverage through the resulting “Space Internet”.

In addition to this, Jeff Bezos, "Mr. Amazon", has come out with “Project Kuiper”, that is developing a similar service with over 3,000 satellites. As the head of this project just so happens to be a former SpaceX executive that Elon Musk had previously fired, it may not be a surprise that both initiatives seem to share identical feature sets.

But why this rush? As I explained in my book, the history of all-encompassing space-based connectivity is anything but stellar: Iridium, the first to offer such capacity, is still one of the biggest corporate bankruptcies in history, even though it has risen from the ashes after the bargain-basement sale of its assets.

There are three main things driving this recent development:

First of all, the cost-to-orbit is plummeting, thanks to both Musk's SpaceX and Bezos' Blue Origin companies. Both are based on reusable rocket hardware, which has the potential of dropping the cost-per-kilo prices to orbit to 5-10% of what the traditional single-use rockets can provide. This allows new, radical thinking in terms of what is financially viable to do in space.

Second, the actual satellite hardware is becoming more and more capable in the same weight and volume, while at the same time, the basic functionality of maintaining orbit and powering the systems is standardizing. Therefore the “cost-per-capacity-per-kilo” is plummeting even faster than the launch costs, thanks to the added multiplier in the formula.

But the main driving force is the attempt to benefit from the shortest possible data path between two nodes: as these new ventures will have satellites on orbits that are way below 1,000 km, and they are supposed to provide comprehensive mesh functionality between satellites, there is no shorter data path than up-across the sky-down via space.

Hence it is only the speed of light that will dictate the latency.

And the low latency is the key for the hugely profitable High Frequency Trading, in which the banks and investment companies take advantage on minuscule discrepancies between world markets, buying and selling financial instruments sometimes with only some tens of milliseconds apart.

Therefore, while the future Internet coverage via these satellite systems will be global, don't expect low Internet access costs for rural users: the big boys will be milked first. My prediction is that only when the initial investment has been recouped, we can expect lower prices.

And the necessary investments are huge: Starlink just pulled 500 million from external investors, and is working on a second round of similar size.

If these initiatives succeed, Iridium may one again find itself being pushed into a non-profitable niche player situation: the original space communications phoenix may end up being burned again. 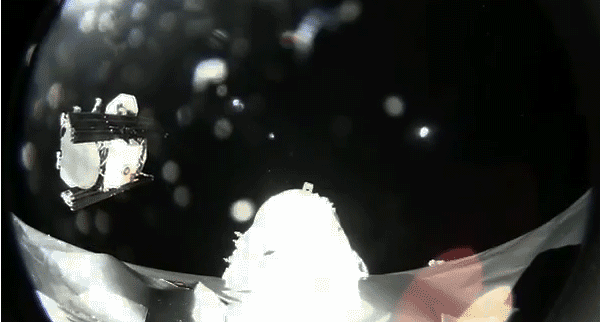