Airplane crashes are amazingly rare these days: on my way to work in Castelldefels, I can easily count that about 2,000 people land at the nearby Barcelona airport during my brisk morning walk.

This endless stream of happy arrivals goes on and on without a hitch, day after day, at the thousands of busy airports around the world.

Therefore, when a plane crashes and kills everyone on board, and another plane of the same type does it just weeks later, it raises a lot of eyebrows. Both accidents happen in near-perfect flying conditions and a piece of software appears to be the culprit, so the manufacturer suddenly finds itself in hot water.

737 MAX was an “act fast”-response to Airbus' 320 NEO (New Engine Option) series: Boeing was caught pants down, and did not want to lose market share, so they chose not to build a new-spec plane from scratch – instead, they relied on the decades-long reputation of their 737-series, which made plane approval process much faster.

But by switching to use new-generation engines they also introduced something to the time-proven 737-structure that had never been there before: inherent nose-up tendency in certain conditions.

And as is the approach these days, instead of doing the expensive and time-consuming redesign changes to wings and fuselage to change the relationship between the center of gravity and engine thrust, they put in a computer to counteract potential issues by auto-trimming the pitch of the plane.

Against all proven redundancy approaches, this system was relying on the input of a single air speed sensor only, even though multiple sensors were available: a design decision that has been met by criticism by aviation experts.

Despite this extensive change in plane's characteristics and the addition of an “independent artificial co-pilot”, Boeing somehow managed to convince FAA that no expensive re-training of the thousands of existing 737-pilots was needed.

But then the planes started dropping out of the sky, along with several "close call" stories from pilots.

Backtracking the chain of decisions and approvals that lead to the current mess seems to dig out more and more questionable issues weekly, therefore imprinting “MAX is bad” to the minds of the news-aware public. The fact that the FAA was pretty much the last authority to ground the MAX fleet in the world did not help – Boeing and FAA were seen to be too close to each other, reducing the power of regulatory oversight.

After all this, it is fair to ask if the MAX is the new DC-10: that plane type also started having accidents that could be traced back to poor design decisions. This caused a major loss of confidence, with sales stalling until enough time passed and the “collective memory” of the flying public forgot the grim events of the past. This recovery was also helped by McDonnell-Douglas working hard to circumvent the problems through numerous upgrades and retrofits. But on the side McDonnell-Douglas started also a new program, resulting in the MD-11 to replace the niche formerly held by DC-10.

The existing DC-10 fleet, now retrofitted with all possible “fixes”, were eventually to large extent relegated to freight planes, and were relatively successful in that task for decades.

Advances in jet engine technology and the new ETOPS (Extended Twin Operations) rules that allowed long-haul flights over oceans with only two engines destroyed the market for the tri-engine MD-11. Not being able to compete effectively, McDonnell-Douglas was eventually merged with Boeing in 1997.

Boeing has an order backlog of 5,000 MAXes, out of which only 1% has so far been canceled. But if airlines start going bankrupt due to their grounded spanking-new MAX fleet, and even worse, if the flying public chooses to say “if it is Boeing, I'm not going”, the future of 737 MAX can be in grave danger the same way as what happened to DC-10.

In a way, the situation is actually worse than with DC-10, as the improvements needed for MAX are not physical upgrades, but just pieces of code and redundancy in terms of sensors. In the eyes of the public, computers have constant issues, so believing that new software somehow is now “plane-proof” is much harder than, say, trusting tangible structural changes.

In the mean time, either due to this or independent of this, Airbus just scored a major win when China ordered 300 new planes, 290 of them being of the direct competitor of 737 MAX. 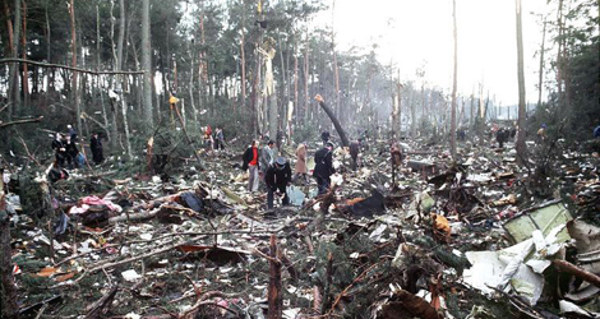