The audio quality of AM stations is nowhere near to FM radio, and this has demoted AM into secondary uses in which the coverage is more important than the quality, or where the quality does not really matter: talk radio.

Those of us who were interested in DX radio listening can easily recall the constant fadeout and fadein of the AM reception that was due to the ever-shifting patterns of ground wave and ionospheric reflections. Listening to this kind of mediocre signal had to have a specific reason: for me it was the humor-laced rock from pirate station Radio Caroline, for millions living behind the Iron Curtain, it was about getting truthful news at the height of the repressive Communist regimes. AM stations from companies like the BBC and Voice of America pierced the veil of local censorship with their geographically targeted long-range transmissions.

Having a decent listening experience on AM band was pure utopia: the channel bandwidth was just not capable of anything more than 0-5 kHz audio spectrum for analog broadcasts. Hi-Fi and stereophonic sound were solely the domain of FM transmissions.

But then, around the turn of the century, the digitalization that had revolutionized mobile technologies was applied for AM band as well: if you think of the AM radio as just a narrow-bandwidth wireless bit pipe, the quality you can achieve is down to the achievable audio compression rates.

This is when Digital Radio Mondiale (DRM) stepped in.

I started following this development in 2005 when the then 3-year-old new technology was widely hyped. It was seen as an easy-to-adapt quality improvement for listening cases in which the sparsity of the geographically distributed population could not support a full-fledged FM coverage for everyone: many countries in Africa fit this model, as do also Russia, Australia and even parts of China and India, both of which have been actively testing DRM.

DRM supports various audio encoding approaches that can be applied to everything from the lowest of AM bands all the way to VHF frequencies and multi-channel, stereophonic transmissions, for which the expanded standard is called DRM+. Therefore it could replace also DAB.

The trouble seems to be that all this came too late: a lot of the functionality that was allocated to long-distance AM has now been replaced by the digital delivery of audio via Internet, and DAB is gaining foothold as a replacement for FM, as I wrote in this blog entry.

The only major exception is India: All India Radio aims to get a nation-wide coverage with DRM+, effectively shutting DAB out on the Indian market, and has several tens of transmitters active already.

So far, also Russia has shown green light for DRM+, but in their current political landscape, this could be merely a protectionist approach instead of a decision based on pure technical superiority. I could not find any reference to a real deployment schedule.

The story of DRM on AM bands is quite different: recently, the multitude of AM DRM test transmissions that were made by even big companies like the BBC and Radio France International have apparently been scaled down. And the inevitable fading of AM signals is something that even the best digital encoding can't circumvent: if the signal strength goes to zero, there's nothing to extract the audio from. So even as the quality IS better when there is a signal, drop-outs are inevitable as the distance grows, and as mentioned, delivery via Internet is much cheaper than transmitters of hundreds of kilowatts of power.

Another major issue is the availability of receivers: no mass-market means no mass-market devices with affordable prices. There is a DRM chipset available from the Fraunhofer Institute, but even the DRM consortium web pages only have three receivers listed, and the web link to the most promising one gives you a 404 error.

One of them, the Titus Software Defined Radio, looks pretty futuristic, though: it is an amalgam of an Android tablet and SDR-capable radio circuitry.

Software Defined Radio is explained in detail in my book.

India, though, could be big enough market to bring receivers to the masses. Time will tell: the ubiquity and cheapness of FM receivers is going to be hard to beat in a country like India.

DRM itself is a free-for-all standard, but the audio codecs use AAC, so there are some licenses to pay.

Digital Radio Mondiale has been “coming” for the past ten years. It may be “coming” for the next ten years, too. Technically it's a great system, but it came into existence at a time when the need for it was quickly dissipating, DAB had already started its slow renewal cycle at the top end of the spectrum, and HD Radio is the "American way", albeit it also is progressing very slowly.

Due to its limited implementation, I left DRM out of the book, but it is certainly worth mentioning in a blog entry.

More info on DRM at drm.org 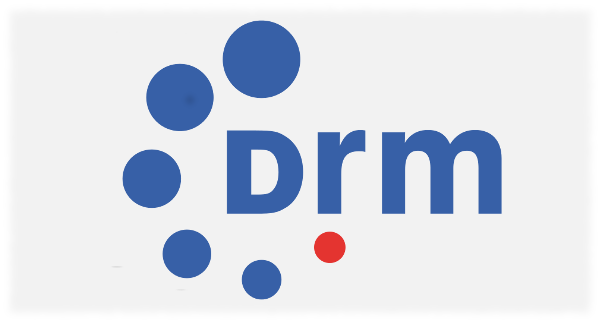 Digital Radio Mondiale has nice specs, but is late in the game