When a newcomer enters an established business area, it is usually facing the same cost and technology constraints as the existing, incumbent players. But if some new advancement suddenly cuts the newcomer's cost profile by 90%, the existing players in this business are in deep trouble.

The Starlink system that is being built by SpaceX (as discussed earlier in this blog entry) is not exactly a first mover in the area of space-based global communications networks, but it certainly is the first one that works on price levels that are affordable for “the rest of us”.

As I wrote in my book, reasonable connection speeds from any location on Earth can already be attainable by the “born from the ashes” second generation Iridium, the original "space comms provider", but with cost structures that are beyond acceptable for general consumers. These services are also very limited in terms of their overall capacity, and would not scale up to any major expansion of use.

Hence scarcity, combined with high costs, is inherent for systems like Iridium.

What the Starlink system by SpaceX aims at providing is on a totally different scale: we are talking about well over 10,000 satellites, whereas Iridium is working with 76 active ones. Starlink already has over 1500 satellites in orbit, has a successful beta user program running, and is sending more satellites to cover new areas of the globe almost weekly, usually in batches of 60: that is almost one complete Iridium cluster per launch.

To add to the insult for other players like Iridium, what chances do you have surviving in the longer run, when the cheapest way to orbit goes via your major competitor? SpaceX has provided the rockets for the latest batch of Iridium satellites.

This is the crux of SpaceX: not only do they deploy the very latest technology into orbit, but they also do it with their own, reusable hardware. And the reusability is the key to how the earlier cost calculations have been turned totally upside down.

Another "revolution" that has been going against recent trends is the vertical integration within SpaceX. Most of their components from rocket engines to satellites are done in-house - not by utilizing convoluted international supply chains, which have recently been badly disturbed by COVID's consequences.

Although Starlink benefits from these unprecedented savings in their costs, the network is by no means cheap: at the interview during the recent Mobile World Conference in Barcelona, Elon Musk admitted that the overall deployment cost of Starlink would be in the range of 10 billion dollars. That is a lot of money to recoup, along with the fact that the Starlink system is designed to have its thousands of satellites constantly replaced as they reach their end of life and get burned up in the atmosphere.

This 100% burn up itself is a design feature.

But the other side of the coin is the Starlink’s ability to provide speeds up to hundreds of megabits per second, eventually anywhere on Earth. The latest expansion has been the ability to support also non-stationary users, which has stricken fear to those companies that currently offer Wi-Fi on commercial flights: SpaceX has already tested a 600 Mbps connectivity on an airplane.

The leading edge technology in Starlink is not only limited to the satellites and their promised optical cross-satellite connectivity via lasers to provide the lowest possible latencies across endpoints. A lot of money has also been invested in making the necessary phased-array microwave antennas that can create a two-way electronically controlled beamforming.

For the current beta users, these antennas have been sold for a fixed 500 dollar price, with SpaceX openly admitting that making one is costing twice as much. But according to Musk, a new, smaller footprint model with an end-user price in the range of 250-300 dollars is in the works, and between the lines it was implied that this would not be a loss-leader price.

The current beta system setup is pretty much as easy as it gets, automating a lot of the process and providing a local Wi-Fi network straight out of the package.

Apart from the obvious rural users, the other potential target groups are financial operators that are looking to cut their latency to minimum, thus maximizing cross-marketplace arbitration trading. A new batch of bulk users would be many of the telcos that would otherwise need to get expensive optical fibers installed to all of their 5G or even rural 4G base stations. Providing this kind of connectivity means digging a network of cables across long distances, often spanning inhospitable or legally complex areas. A terabit-range stationary phased array Starlink antenna would be a clean, cheap and simple solution.

With the SpaceX’s latest rocket, the Starship, the deployable batch of Starlink satellites will jump from 60 to over 400 per launch. And unlike the current Falcon 9, Starship has no disposable second stage. Hence the price per kilogram to space is going to plummet even further.

The synergy between launch system development and Starlink is also fixing one major issue that has plagued space launches ever since the early days: during re-entry, the plasma cloud that forms around the space capsule that decelerates in the upper atmosphere has cut off communications during the most dangerous part of the landing.

The incoming orbital Starship launch is also going to test Starlink as the “non-blockable” communications method for this crucial period of space flight, with the antenna having been reportedly installed to the next prototype (see the attached photo by the amazing “scoop team” of BocaChicaGal and NASASpaceflight).

The cross-discipline technology synergy across the "Musk Business Sphere" is being maximized: Starship uses Tesla electric engines and batteries for the control fins, and Starlink satellites are already using over 5 MW worth of solar power in orbit to keep the system running.

There are other comparable global satellite systems in the works, but the lead that SpaceX has and the fact that they control all the bits and pieces in this complex setup means that their major threat in the future is likely only to be the laws against monopolies.

Yet if the prices of terminals and monthly payments keep on coming down, claiming that SpaceX’s effective monopoly is detrimental to the customers will be a hard claim to make.

So all in all, offering a planet-wide fast connectivity for a price comparable to land-based ISPs may turn out to be the first money-making space-based communications solution, despite of the expected 10 billion price tag. 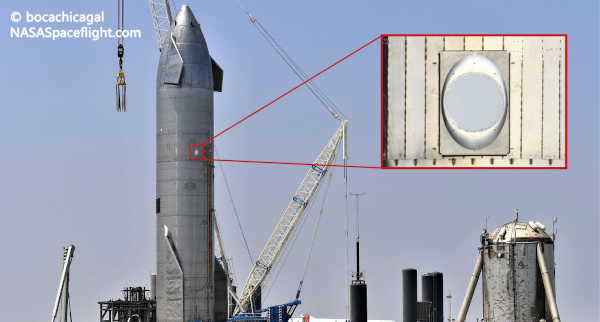