The easiest nail in the coffin of the Flat Earth

You are about to cross a street, so you take a look at both directions: if you see a moving car that appears to be a small one, you instinctively know that it must be far away and thus harmless in relation to your intended crossing.

If, however, the moving car looks “car-sized”, it must be close to you, and you patiently wait until it has passed before embarking on your daring street-crossing endeavor.

This optical phenomenon, based on perspective, is something we humans learn quite quickly in our lives, and therefore tend to take it for granted, without giving much thought at the basis of it.

The perspective works on everything in the Universe, whether it is an elephant charging towards you, or a planet in our Solar System. Despite of knowing that Mars is a huge thing in the sky, we don’t see the surface of Mars without optical aids, simply because it is so far away.

One of the fundamental claims of Flat Earthers is the assumption that the Sun is not 150 million kilometers away, but instead magically hangs over the Flat Earth much closer. The estimates vary, but ~5,000 km is pretty much the “accepted” distance.

The Flat Earthers are happy to use perspective math to deduct their estimate for the “actual” size of the Sun from this distance, which comes out as roughly 50 km. A ridiculously small figure compared to Sun's immense radiation capabilities from heat to light.

But that is another story altogether: what matters in this case is the fact that by accepting perspective as the basis for the calculations means that they should then also be able to use it to verify other consequences of the same, immutable quantification against their claims.

And the result of using perspective rules states that an object that is as close as claimed should clearly and indisputably change its visible size as it passes across the sky every day.

To "prove" this necessary size change, the Flat Earthers resort to tricks like making movies of the Sun where the changes in its apparent brightness during the day, and the over-exposure glare that follows, is the proof in the pudding.

I recently received a comment about this, with a link to yet another of these brightness-driven videos.

In the video, the size of the Sun magically reduced to about 25% of the initial one while it only moved about 3 to 4 degree arc in the sky right at sunset. A simple math regarding the expected change of Sun's distance during that short period vs. the "visualized" size change should be enough to debunk that particular example: if the scale of size change during that short period was real, the Sun would have filled half of the sky at noon...

Using apparent brightness as a measure of size is an intentionally flawed approach: what matters is the actual visible size of the Sun’s disc, which can be relatively easily observed by using either a solar filter, or by just minimizing the lens aperture of pretty much any half-decent camera that has this feature.

Everyone of the hundreds of millions of people owning a DSLR camera has access to this capability. So practically anyone, anywhere, every day, can make the same observation.

The attached image is from my book, and it is a mosaic of images from a video taken by a prominent YouTube Flat Earth slayer and pilot, “Wolfie6020”. The original video can be found from my links page.

The image shows the disc of the Sun just before noon, in the afternoon, and just prior to sunset. For an object mere 5,000 km away, the size should differ in about 1:2 ratio during the day. This can be easily simulated in a 3D-modeling program by feeding the distance and size information in it and then observing the results.

However, as the images show, the size of the Sun’s visible disc remains practically the same all through the day.

The size difference simulation and other detailed discussion on several of the Sun-related Flat Earth claims can be found in chapter “The Miracle of Equinox” in my book.

This easily observable, non-changing size of the Sun’s disc during the day is a concrete indication that the Sun must simply be very far away. So far, that even though our distance to the Sun varies daily by thousands of kilometers as we move from the edge of our huge ball at sunrise to the closest point at noon, there is no visible size difference. Scale matters.

And if the Sun is a faraway object, the fundamental basis for the whole Flat Earth "theory" falls off the edge of the World, so to say...

The perspective effect is one of the cornerstones of the Flat Earth claims, and it is liberally applied when it somehow remotely appears to help their case, even though there are numerous other discrepancies that would arise from a nearby Sun.

But if you choose to use some fundamentally immutable mathematical model, you can’t ignore its expected effects in easy, everyday, real-life observations: it has to work identically in every case, not just in some cherry-picked ones where it could be interpreted according to your wishful thinking.

Of course, there is an "explanation" for this unvarying size by the more sophisticated Flat Earthers, including the "Father of Flat Earth", Samuel Rowbotham. But this "magnification effect" comes with its own, pretty severe problems that lead to another mess of clashes with reality around us. More of that in the book... 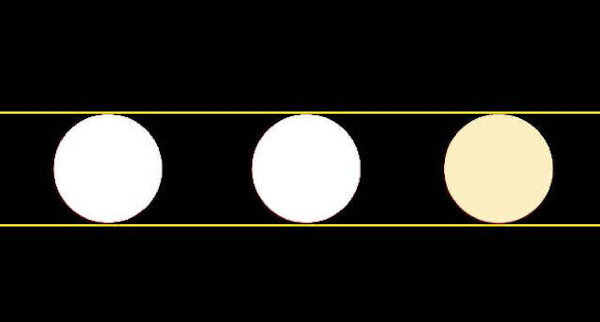