NASA's Opportunity rover was intended to work for 90 days after its landing on Mars in 2004. That amount of operational time would have been enough to deem the mission a complete success.

But like its sister probe, Spirit, which lasted up till 2010, Opportunity kept on breaking longevity records: it worked way past its “warranty period”, finally dying last year during a major sandstorm. The effect on the visibility of that storm is depicted in the accompanying image.

After almost 15 years the batteries had already deteriorated, and another deep discharge caused by the storm may now have destroyed them entirely. Opportunity was parked and turned into a minimum power state as the storm approached, but one of its heaters had stuck in an “on” position, so there was no way to entirely minimize the power drain during the storm.

It is also very likely that the storm has now covered the solar panels to the extent that it is impossible to start a new charging cycle under the already bleak Martian sunshine, and as Opportunity has not responded to any of the radio signals sent to it since the storm that ended last August, the project has been finally concluded to come to its end.

Opportunity was expected to cover about one kilometer of distance during its mission. Instead, it has wandered over the surface of Mars across a whopping 45 kilometers, sending stunning images and unprecedented amount of data from the onboard science experiments.

All in all, both Opportunity and is sister Spirit have demonstrated how autonomous operation of robotic probes can provide tons of scientific information for a fraction of the cost of a manned mission. For safety reasons, everything has to be done at a much slower phase, but with longevity like this, time is an abundant resource.

Naturally “being there” and being able to touch, analyze and act on the spot would be ideal, but while we are waiting for SpaceX to get their interplanetary hardware up and running (and especially flying), robotic probes are an excellent stop-gap measure, and they will always have an important support role, even if the humankind eventually manages to have a local presence on Mars. 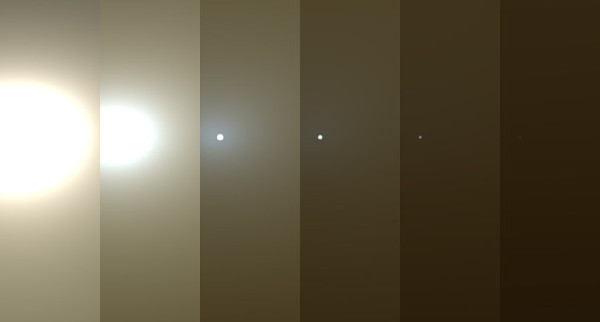