Strap an electric car on top of a never-before flown, massive rocket and launch it into an orbit towards Mars. Put a mannequin in a spanking-new space suit on the front seat and make the car stereo loop David Bowie's “Space Oddity”. And do it all with your own money.

Now who could think of anything as crazy as that?

All this was the brainchild of the real-life Tony Stark, Elon Musk, who seems to be active on almost every leading-edge technology area there is. Not only is the rocket a result of his SpaceX company, but also the electric car was created by another revolutionary company of Musk: Tesla.

When I was a kid, the Moon landings had just happened, and there was great optimism in the air: I was absolutely certain that I could be visiting the Moon during my lifetime, either on business or leisure.

Then the Space Race fizzled out: the battle was won, and the competition was finally over at the time when Soviet Union eventually evaporated. The only legacy of that era was the International Space Station, and by retiring the Space Shuttle, even the United States lost human access to space. 1960's Soviet Technology has kept the ISS manned for the past couple of years.

All in all, the stagnation in technological development and the resulting use of traditional single-use multi-stage rocket hardware made space travel ridiculously expensive, and the dream appeared dead.

Elon Musk is turning all this upside down. I wish the world had more billionaires like him. Jeff Bezos is on the same track, but not with a matching spectrum of achievements. Yet.

Personally, the selection of “Space Oddity” as the music for this amazing feat was a good one: the first LP that I ever bought with my hard-earned summer job cash as a kid was just David Bowie's “Space Oddity”.

And as you can again see clearly from the attached image, the Earth is round. The amount of conspiracy theory videos focusing on the launch of Starman is staggering: something is seriously wrong with basic education these days...

My summary on the state of affairs in space can be found here, a website which I set up as a testing ground for the fabulous bootstrap framework.

Happy New Year to y'all!

PS: If you are a Brazilian IT developer with background in game development and would like to start the new year with a gig in Europe, please see the job opportunities available in Finland.

UPDATE: however much I admire Elon Musk, his antics in the Thai diver case are not worth supporting.

I do understand that he has probably the most hectic life of any CEO in the world, and stress builds up, but when it is vented out against totally wrong targets, the only right thing to do afterwards is to apologize and pay up - not what he is attempting to do, as reported in this Reuters article.

[Link changed to the less restrictive Reuters from WaPo] 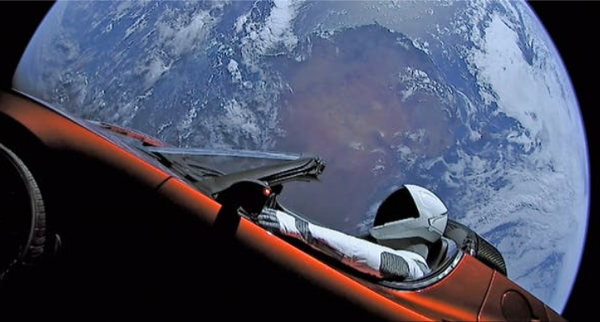