The landing of InSight was another spectacular success in the series of recent probes sent to Mars, but in a way, it was not such a big surprise any more: after all, technically InSight was based on the Phoenix Lander. Therefore this technology has already once proven its capabilities regarding the treacherous plunge through the Martian atmosphere.

What was not very widely reported in the media was the complete success of the two MarCO (Mars Cube One) satellites that flew along with InSight all the way to the vicinity of Mars.

MarCOs presented a new, lower-cost approach to deep space exploration: MarCO A and MarCO B were the first CubeSats that have been used for interplanetary missions. CubeSats are built mostly by using commercially available components, the price of which is much lower than the custom-made hardware that is common for the interplanetary affairs. In the case of MarCO, only the radios had to be adapted to be compatible with NASA's Deep Space Network and the UHF frequency band used by InSight. Components like attitude management, cameras, propulsion and solar panels were all off-the-shelf, commercial versions.

The two satellites were just communications experiments: they both carried an UHF band receiver and an X-band transceiver, with the sole aim to be able to relay the telemetry from InSight during its plunge through the Martian atmosphere.

Both of them were only backups and not essential to InSight, but by relaying the telemetry they freed the current Mars Orbiters from this duty. Both the Mars Odyssey and the Mars Reconnaissance Orbiter that have been orbiting Mars for years could have been used for this task, but their trajectories would have needed to be altered for optimal communications windows, which would have shortened the lifespan of their own missions. MarCO relays therefore helped the long-term exploration of Mars.

The possibility of providing a communications window for the crucial moments of atmospheric entry to planets could now become a norm after this successful operation. Similary, these suitcase-sized satellites could also be providing more complex science missions in the future.

One of the aims of this program was to confirm that the CubeSat technology can last for months in the harsh environment of interplanetary space. Both MarCOs survived without problems.

Neither MarCO had enough fuel to brake and remain in the vicinity of Mars: they continued past Mars after their fly-by, and have essentially completed their mission. But the team interviews at JPL hinted that they might find some useful future extensions to their mission, just like the New Horizons is currently getting ready to meet Ultima Thule, as I wrote in this blog entry. 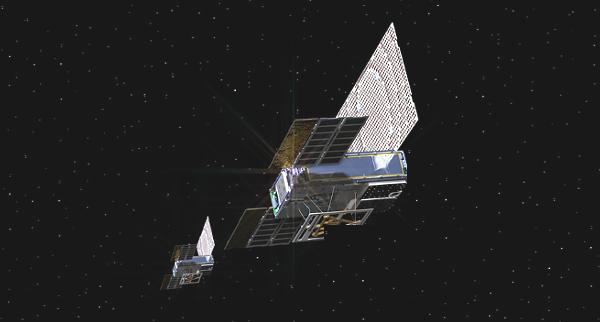