In fact, one exact rotation of the Earth is called the Sidereal Day, and its length is 23 hours, 56 minutes and 4.0905 seconds. Yet many of us have never heard of it.

I had to decide whether getting into this four minute difference was worth the extra complexity when I wrote about the fact that geostationary satellites must be in an orbit that matches the rotational speed of the Earth. Thus they seems to “hang” in space at the same location, and the satellite antennas only need to be adjusted once.

As the explanation of this difference between Sidereal Day and Solar Day would have added another diversion from the actual matter in focus, I just simplified it and said that the satellites have to circle the Earth in exactly 24 hours.

So let's get the story right: the orbit of geostationary satellites has to take 23 hours, 56 minutes and 4.0905 seconds.

This approximately 4 minute daily difference between Solar Day and Sidereal Day comes from the fact that the Earth keeps orbiting the Sun. Therefore, the relative location of the Sun in the sky changes ever so slightly every day, making up for this 4-minute difference, as the attached (not even close to scale) picture shows.

Our lives are guided by the sunlight hours, so we naturally sync up our clocks from noon to noon, and noon is the moment at which the Sun is at its highest position in the sky, but our position in space at noon is not the same today as it was yesterday.

The stars, on the other hand, are so far away that our motion around the Sun does not matter. What matters is that our position on Earth in relation to the stars will be off by 4 minutes daily, and that's why the constellations in the night sky keep on changing throughout the year: every day, the same stars appear to rise four minutes earlier, until after 365 days, they are back at their initial locations.

I think that this difference should have been included in the story, at least in a simplified form, and I will add it to the Finnish translation that will be published early next year. 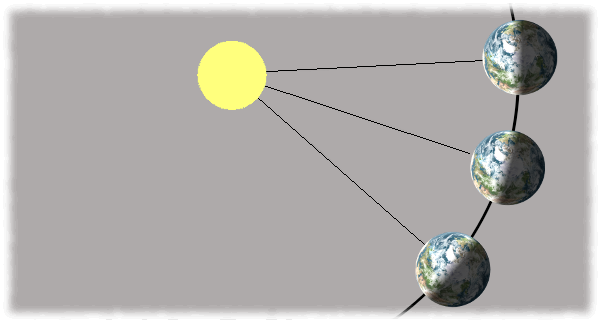