A few years back, Peter Levine, who is general partner at the venture capital firm Andreessen Horowitz, said that "Tell me a single company other than Red Hat that makes more than a billion dollars from Linux."

The first question to ask, of course, is “you mean three billion is not 'money'?”

This view that “there's only Red Hat in the Linux space” was enforced further a couple of days ago when IBM bought out Red Hat for 34 billion dollars. That's the biggest ever deal between software companies.

Don't know of Levine's valuation scales, but getting 34 billion from a business model that is based on an asset that is completely free sounds like a darn good deal to me.

As for other companies, SUSE, another Linux veteran, was recently sold for 2.5 billion, and Canonical (the parent of Ubuntu), while still not a target of a takeover, is making a healthy profit as well. Although the results of these two Linux players are one or two decimal points down from Red Hat, they are still part of a vibrant OSS economy.

But companies like this are not even close the actual beef in Open Source, in my opinion:

The fact that Linux exists and offers an operating system that is completely reliable and malleable for any imaginable use from IoT on Raspberry Pis to hectare-sized data centers for cloud computing is a miracle in its own right.

Operating systems for big iron used to cost tens of thousands of dollars a piece. Even single-user Windows is currently still valued at about 100 dollars per license.

Thus the annual savings that a free, reliable OS brings to the IT operations worldwide must be counted in tens, if not hundreds of billions of dollars.

It is a fact that nothing actually is “free”: you have to maintain your systems, and that costs money. But this aspect would be present, whatever the cost of the OS would be.

Linux has made creating intelligent computing environments on top of ever-cheaper hardware a zero-cost commodity. Even for personal use, unless you have some special or hard core needs, like gaming, Linux on desktop today is just fine. My laptops have run Linux for over ten years now.

And for anyone interested in tinkering with computers, Linux is the platform to go to: I regularly whip up new virtual machines to try whatever new is cooking in the IT space. There are no worries about licenses or installing expensive software to do most mundane stuff. Just take an ISO image and go, clone it and flush it out when you're done. Sometimes literally ten times a day.

Running Windows for those “special occasions” can be done in a virtual machine, but keeping it legal and “nag-free” is much more complicated: you can't just wipe a VM out and re-use the license directly.

I gave up trying to figure out the limitations in this kind of use case and simply have one and the same VM with a legal version of Windows 10 for occasional use. Usually I need to fire it up maybe once a week, although recently a bit more often, while I have been finalizing my books: Word is the tool everyone in publishing seems to use, and in the very extreme end of complex document formatting, Libre Office still has its limitations. I am first to admit it, based on my own experiences.

So there is still space for both models: “The year of Linux on the desktop” is still “on the way”, but when it comes to finding a platform to utilize raw computing power with almost limitless range of scalability for servers, nothing beats Linux.

Operating systems aside, there is also Git. This tool is utterly oblivious to those outside of geek universe, but it has become the tool to manage software package version control.

Git was also developed by Linus Torvalds, and it is just as free as Linux.

Microsoft bought a web service build around Git, GitHub, for 7.5 billion dollars, and this deal was just completed a couple of days ago. Depending on your point of view, Microsoft's motivation behind this deal can be seen as a benevolent move towards developers or as a down right malicious attempt to infest the developer space with Microsoft tools to keep their Windows desktop alive amongst developers just that little bit longer. Time will tell.

Whichever is the plan, 7.5 billion is again very real money to me.

All in all, 44 billion dollars has recently changed hands in deals related to OSS companies. That's more than the GDP of countries like Tunisia, Bahrain, Latvia, Estonia...

Like with the harnessing of the electromagnetic spectrum, building businesses around OSS has created considerable value out of nothing.

Taking all this into account, I think it is fair to say that Linus Torvalds is the biggest “silent benefactor” in technology space: the work he initiated is behind savings in the IT industry that must be calculated in hundreds of billions of dollars worldwide after all these years of Linux and Git. He deserves much more credit than he is getting.

And once again, I apologize for the worst possible typo that could happen for a Finnish author in tech space: misspelling his name. You read and read and read the manuscript over and over again, yet some of the simplest typos slip through...

The seamless updating capability of “tree-free” services like Amazon KDP is looking more and more promising after an experience like this. 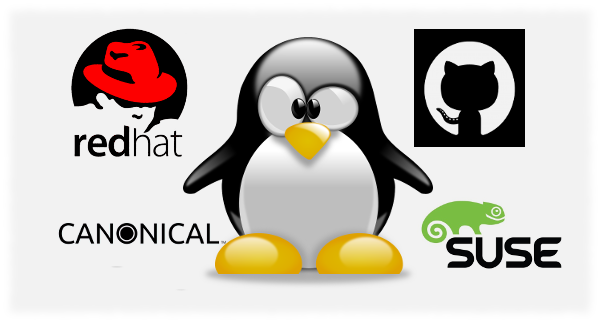 A healthy and vibrant economy has sprung up around OSS.