Engineers love having cryptic shorthand references for things: the more numbers and letters, the better.

One good example of this is the naming of different Wi-Fi versions. As I explain in the book, the base standard is 802.11, and it has evolved over the years multiple times. This has been indicated by adding letter or two to the number, and for end users, the resulting combination carries very little information. If you want a device of a certain speed class, you simply have to memorize these acronyms before going shopping.

Now the Wi-Fi Alliance has seen the light and given more user-friendly secondary names to these standards. The standards themselves are not going anywhere, in fact, the very newest one comes again with another, cryptic acronym of "802.11ax". But for consumers, we will have the following shorthand for the various generations:

These are starting to appear in device marketing materials early next year:

Lower numbers don't matter at this point, as those standards are now obsolete, but they can be traced back to the early days of “Wi-Fi 1”.

This area is also in constant flux: at the time of compiling data for my book, 60 GHz band 802.11ad was emerging as “the next big thing” in Wi-Fi. But for practical, mass-market uses, that has now been superseded by 802.11ax, leaving 802.11ad as a specific short-range, ultra-high-speed communication mode, for example for AR headsets.

802.11ad has also been shifted under the new “WiGig”-moniker, in order to separate it from the standard “Wi-Fi”.

Things change relatively rapidly in the leading-edge technology areas, and this just goes to show how slow the traditional book publishing process still is these days...

From the customer point of view, the concept of “the higher the number, the faster the service” will be easy to understand, but in practice, for any home users, investing on anything over “Wi-Fi 4” is basically just showing off to friends. Forking out hard-earned money for "Wi-Fi 5" or "Wi-Fi 6" only makes sense if you have a gigabit-class Internet connection, lots of locally generated traffic, and client devices that are in the same speed class.

As for the very latest potpourri of crypting names, there's now also 802.11ay coming up, mainly driven by Qualcomm. It will further improve throughput of 802.11ad, so it probably won't be “Wi-Fi 7”, just a more capable extension in the WiGig space.

Thus maybe it will be called "WiGig-2"? 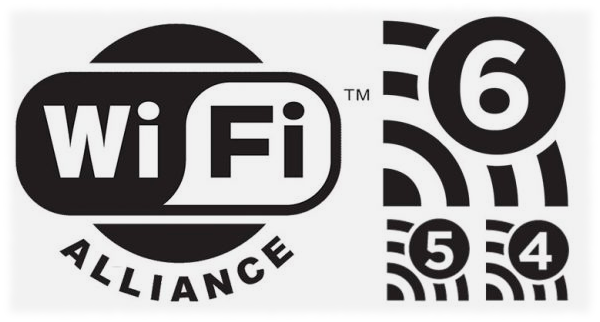