Every shopping center, airport and corner diner offers a “free app” these days. On top of these, you have a plentiful selection of free, auxiliary apps like compass or flashlight, which seem to offer convenience in exchange for nothing.

The reality is often different: when a flashlight app containing just an ON/OFF button wants to get access to your files and your contacts, you know that something is wrong.

At least Android tries to warn us, but unfortunately many users just blindly choose “YES”, opening yet another channel for the exploitation of their data, often for small companies with very dubious security arrangements on their sites. What they end up doing with your data is anybody's guess.

Then we have Facebook, the app of which basically takes over your smartphone in exchange of making your life "connected". It tracks your calls and text messages, copies your contacts, meaning that even those of us who haven't surrendered to the company aren't safe: if you are like me, and don't have an account, your contact info has still been harvested from your friends' contact lists and there is a profile of you somewhere in Facebook's servers.

That's why they exist. To exploit user data in exchange for "enhanced social connectivity". You are the product.

And they don't seem to be good at keeping the lid on this: they just announced that the data for 90 million users has been “accidentally” made available for hackers, who did nothing but used the existing APIs.

Another big “oops” again on top of what I discussed earlier in this blog entry.

Their highly-hyped purchase, WhatsApp, originally had a great plan of charging one dollar per year for usage + extras for high-volume business users. That would have been a nice deal for us end users and a money-printing machine for the company, but the makers of WhatsApp decided to cash in quick and hard and sold out to Facebook instead. Now it looks imminent that all that data is going to patched in to the databases of Facebook.

This caused the creator or WhatsApp, Jan Koum, leave Facebook earlier this year. He probably was given a promise over privacy during the negotiations, but the new owner decided that private information of over one billion users is just too plump a data block not to monetize.

Maybe Koum could now step back in the game and make a competitor based on the original, annual payment model? WhatsApp was a great service that totally disrupted the operators' business, as I write in my book, and no other messaging app has gained good enough traction to compete. Yet.

I think there is a market for services that don't use its customers as their main product, and hope that this will become the next startup trend.

With all the turbulence around Facebook lately, the question everyone should ask:

How much individual damage to your privacy you should accept in exchange of seeing what your friends did on their holidays?

The cherry on the top is the feature of using Facebook login to get on other sites. This minor convenience should be avoided like plague: when Facebook loses the ball, you open a major chunk of your digital life to hackers.

Facebook claims that in the latest security breach, this feature was not exploited, but these stories have a tendency to turn uglier as time passes. The jury is still out.

Even if that cross-logging-in setup is never breached, it gives Facebook yet another view to your digital life: all these other services you use to log in with their credentials are a valuable addition to your sell-able profile.

Of course, for some of us, life without Facebook is like the legendary, misquoted phrase from Star Trek: “It’s Life, Jim, but not as we know it”, and personally I admit that by not being on Facebook, I inevitably miss some updates from the life of my friends. But it is possible to survive and stay reasonably well up to date with your closest friends through other means.

There is life outside of Facebook. After all, we did get along before it came around, didn't we?

My general advice is this: next time someone offers you a “free” app, think if you are really going to use it often enough to make it worthwhile to add another potential data snooper in your system.

“Often enough” should be at least several times per week, not once per year when you are at an “Airport X” or “Shopping Center Y”.

Always verify what data the app wants access to and think if the benefits are worth yet another unlimited access to your personal data by yet another faceless entity.

The same information is almost always available on the web, and there at least you have more flexibility in trying to control the visibility of your digital footprint.

The users of "free" services are the modern-day slaves: a commodity to trade on. 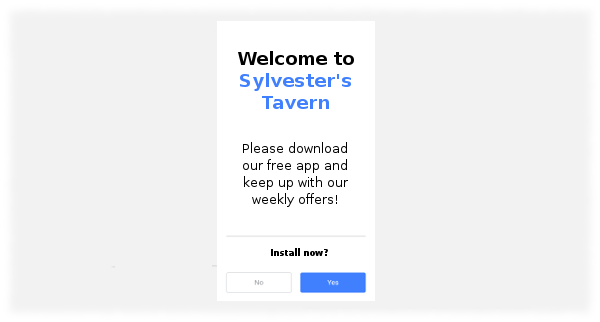 Everyone wants a piece of you these days.