“No means no” has been the mantra of the ardent supporters of Brexit, and the European Union has not seen any reason to diverge from that same message: if you don't want to be part of the club, you will not have access to the club spa either.

As the recent 500 million euro 5G development loan for Nokia shows, EU understands the importance of leading-edge R&D and is ready to invest heavily on projects that push the boundaries of science.

But due to the looming Brexit, UK companies and universities have already been excluded from many collaboration projects that extend beyond next year's Brexit deadline. This is a major blow for a country with a bold history of technology innovation and an impressive set of world-class universities.

One huge project of considerable importance for all EU member states has been the creation of the Galileo satellite navigation system. The driver for it has been independence from the US GPS system, and by improving the positioning accuracy, Galileo is also expected to create new business opportunities in the future. It currently has already 26 satellites in orbit, and will be fully operational in 2020.

As a result of Brexit, Britain is now being shunted out of all Galileo-related activities as well: even Norway is not fully participating in the military-oriented aspects of Galileo, despite their semi-member status, so why would a soon-to-be-totally-external Britain have any priorities over other non-EU countries like Guyana or East Timor?

Companies like Airbus are moving their teams to the continent in order to maintain access to critical Galileo projects, which is causing an unwelcome brain drain in the UK.

Admitting the potential problem in being left out of high-tech space-related projects, the British government has now decided that they have to do something about this, and they have allocated whopping 92 million pounds for a study of a British-only alternative for Galileo.

That is a staggering sum for figuring out something for which there are already several existing systems: after all, the specs and information on technical limitations and costs of the existing satnav solutions are mostly in public domain, or in case of Galileo, still fully accessible by Britain.

Even with the expected lower launch costs due to companies like SpaceX, we are talking at least about a 5 billion pound price tag for yet another satnav system. Just to build it.

The other burning issue is also the question of who would bother to develop cost-effective receiver equipment for such a system? The very latest satnav chipsets support GPS, GLONASS and Galileo, and it is certain that the Chinese chipmakers will add BeiDou to this assortment sooner or later. Therefore we will already have quadruple-redundant receiver chips: why bother adding yet another just because one country decided that going alone is better than working together?

The case of Galileo is not the only area that can be seen to grind into a halt early next year, especially if Britain ends up having a “hard Brexit”. Britain has also long traditions in car manufacturing, but if customs barriers become the new reality, those factories will relocate as soon as new plants can be built in places like the Czech Republic or Romania.

That will mean a loss of tens of thousands of direct and indirect jobs.

The whole hassle could be removed by a single letter to the EU stating that Britain is withdrawing their earlier departure letter. The EU would be more than happy to forget about the whole mess and go back to business as usual with no hard feelings. The results of such a move to the world economy would be highly beneficial, not to mention the savings that the British economy would be able to gain: for starters, saving 5 billion pounds by not building yet another satellite navigation system would be great.

Companies today are very nimble and naturally worry most about their own bottom line, so any lost collaboration in Britain will be quickly recouped by alternatives in other EU countries, and universities on the continent are more than happy to see places like Cambridge, Oxford and Edinburgh voluntarily dropping out of the fierce competition over public funding: there are still 27 barrier-free countries with hundreds of universities and thousands of companies to choose from.

As cases like Galileo start stacking up, it is interesting to see if the tide of the public opinion turns. It does not look likely, though, as time is running out.

If Britain finally crashes out of the EU and a British satnav system is built, I hope they follow the tradition of having a public vote for the name of it, like what happened with the hilarious case of “Boaty McBoatface”.

“Satty McSatface” would be a good one. 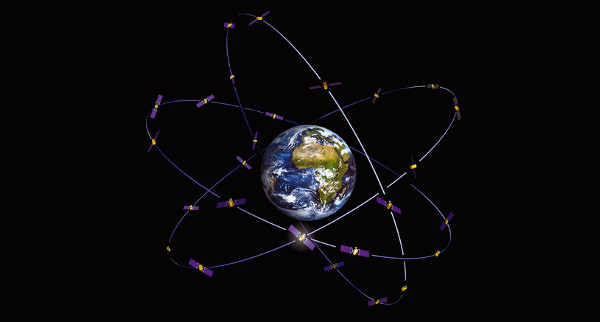