Facebook has been facing some serious headwinds lately, not least due to its apparently nonchalant approach to fake news dissemination during the US Presidential Election.

I'm not referring to the kind of “fake news” that President Trump is making noises of daily, but “real fake news”, fed through Facebook to the unaware masses by the Russian Federation, according to all US Intelligence Agencies and pretty directly even admitted by President Putin during the Helsinki Summit, even though the White House has cut that part of the Summit video and transcript out.

But as they were not the only ones taping the event, that answer by Putin is saved for everyone to see. See the Newsweek article on this controversy here.

The stream of bad news in the form of clear misuse of their user data in relation to companies like Cambridge Analytica that has apparently been instrumental to the Russian effort has stained their reputation: you should not expect that taking a harmless-looking quiz will expose your and your friends' data to nefarious purposes.

As a result, Facebook has been finally forced to clean its act and take a very close look at its customer base, culling fake accounts left and right, and apparently many advertisers are not amused by the recent revelations either.

And for a company that fuels its stock price largely with subscriber growth, such a measure is not boding well.

Today Facebook may make history: to become the first company that loses more than 100 billion dollars of stock value in a day, beating the former "champion", Intel, which currently leads with a 91 billion per day fall.

This is yet to be seen: huge drops in share value tend to draw in lots of automatic buying, so it is possible that instead of a major dip today we will see a multi-day dog-leg downwards move instead.

[update: yes, they now hold the new record of 120 billion dollar loss in a single day]

If all the negative news (and who knows what is not yet made public) hold true and the degrading effects of Facebook's “growth, growth, growth!”-focused attitude on the American society are as bad as they appear, this move is absolutely deserved.

As Cambridge Analytica is firmly in the picture, there may have been an identical degrading effect on the Brexit issue in the UK as well. Only time will tell...

The chickens of fake news are coming home to roost.

If more and more customers are deleting the Facebook app from their smartphones, the amount of unwanted surveillance on our lives may finally start going down.

Now if also Google followed its earlier mantra again and stopped monetizing its customers: as I write in the book, they are a great company that has made tons of good stuff to ease our Internet-centered lives, but how about just asking for a dollar per year for their services instead of digging into the user data?

Probably will never happen, but it's not wrong to ask for some privacy these days. 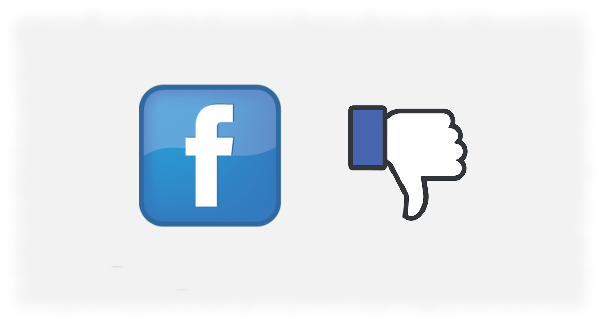