One of the longest communications distances has again been activated as New Horizons was woken up for an encounter with a Kuiper Belt object called Ultima Thule.

Ultima Thule, which freely translates to “Extreme North” and has an official designation of (486958) 2014 MU69, is an object that was found in 2014 by the Hubble Space Telescope, at a time when the New Horizons probe was already well on its way.

Due to its advantageous location, this 30 km diameter blob in the outer space was chosen as the next object after the Pluto flyby.

This encounter will occur around the year end, but New Horizons was woken up already now so that the measurements that it has collected during its six-month hibernation period can be sent to Earth and new commands for the Ultima Thule flyby can be uploaded to the probe. Due to the extreme distance of 6 billion kilometers, the data transmission speed from New Horizons is now down to approximately 1 kbps.

On top of this, any communications to and from the probe will take approximately six hours until it arrives at the destination, which shows how huge even our own Solar System actually is.

New Horizons, which is the third still functioning satellite that has a velocity sufficient for exiting the Solar System (the others being Voyager 1 and 2), sent amazing pictures of Pluto and Charon, and the major hurdles facing such a long-distance communications were described in my book.

New Horizons is flying with a speed of approximately 13 km/s and it is expected to remain functional at least to 2020.

The fact that it was dynamically rerouted towards Ultima Thule is another nice example of the flexibility that is still achievable in a project that has been running for twelve years. Ultima Thule will be the furthers Solar System object ever researched, and it may shed light on the composition and nature of the Kuiper Belt in general, which is assumed to be the source of the comets that randomly occur in the inner parts of our Solar System.

For us Finns, the name Ultima Thule used to relate first and foremost to the iconic glassware series by Iittala. A perfect container for a relaxing drink that can be sipped while marveling the incoming Ultima Thule images.

Now, at least for the geekier set of the population, Ultima Thule has a brand new meaning. 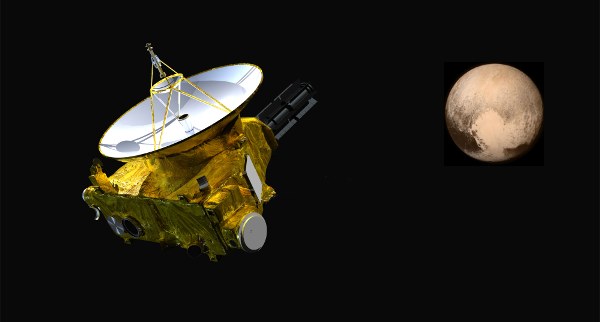