One of the more surprising parts in the history of wireless communications was the use of Navajo Indians as a real-time encryption method during the Second World War.

In the book I describe the history of Navajo Code Talkers: the real-time encryption system that the US army used in the Second World War by utilizing members of the Navajo tribe as the radio operators on the battlefields, mainly in the war against Japan.

There were no text books on the Navajo language, and only a handful of outsiders knew the language, so as a result, this method of encrypting communications ended up being the only encoding system that was never broken by the enemy.

This week, one of the last Navajo Code Talkers, Samuel Holiday, died at the age of 94.

His book, Under the Eagle is the one of the very few books about this intriguing part of the wireless encryption written by someone who actually used it on the battlefield. I only found another first person book reference, Code Talker, by Chester Nez.

For a lighter introduction to this fascinating area of encryption, you can watch the movie Windtalkers, starring Nicholas Cage.

As the project remained classified for several years after the war, the exact number of the Code Talkers is not known, and it is believed that less than ten of them are still alive. 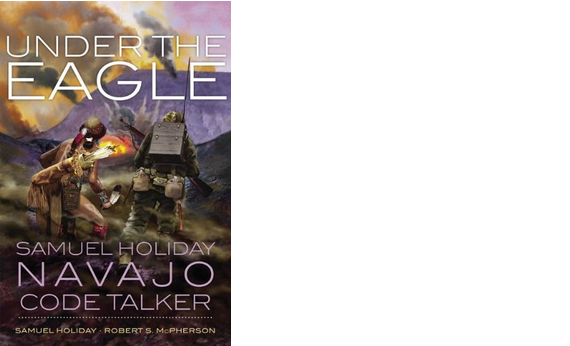