A few weeks back I discussed what can happen when criminals start figuring out the new powers of AI and take advantage of systems like Google Duplex.

We are far from seeing the limits of this kind of new applications:

What if AI could not only have an intelligent and responsive conversation with you, but does it with a voice familiar to you as well?

Now there's a new startup with another potential AI feature that can do just that: with just a few sentences from any speaker, the computer can speak out any text by using a convincing copy of the speaker's voice.

It is quite easy to think of a bunch of malicious uses for this new technology: for example re-editing existing videos of notorious public persons to say something entirely different, seemingly lip-synced with the video.

I predict that sooner or later the apparently ever-widening "alt-something" tin hat crowds of the world will get whipped into another mindless frenzy by this kind of "fake news" generator.

After all, it only took a combination of Facebook's utter carelessness over its user data and a couple of million dollars donated to a company in the UK to affect US elections not so long ago, so think how much more damage they could have done with a video or two where Hillary seemingly "actually" refers to PizzaGate?

You can't stop progress, of course. Being a Luddite has never ended well, and everything new and good can be used for bad purposes.

But as customers, we should be aware of this new technology's improving potential to fool us. I don't think that population in general will be ready for this kind of AI power and hence we will see some bad stuff around interactive AI in the future. Maybe even sooner than later.

AI can blur the boundaries between reality and fakery, and it is fairly easy to fool us humans.

Oh, and what is a lyrebird? See this BBC video of this amazing bird.

The further you watch, the more amazed you will be.

The link to the company behind this new technology is here.

Go build an audio copy of yourself if you dare.

...and Lyrebird is not the only company in this space: here's a fresh story of a "rebuilt" voice of a radio reporter, based on a technology from CereProc. 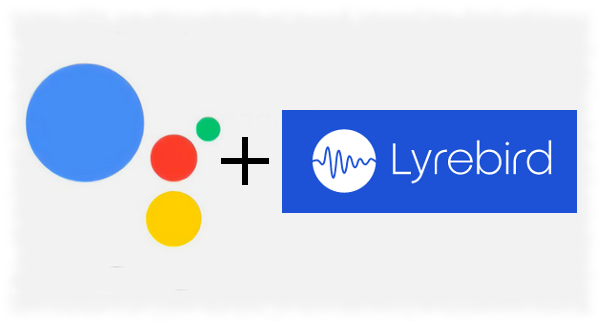