Nokia's dips into Health Technology and Virtual Reality cameras are now history.
Why is it so hard for established companies to enter new areas?

Nokia's roots are squarely in telecoms: despite its demise in handsets, the causes of which are discussed in my book, it has succeeded well in growing its core business, and has become the largest network equipment manufacturer by surpassing the former king, Ericsson.

Since the offloading of the handset division Nokia has tried to expand to new areas, releasing a fancy 360-degree camera for VR, as well as buying a health technology startup in 2016 for 191 million dollars from Withings.

But only last year it made a write-down of 164 million for the health business, and now it has been sold back to the startup's original co-founder Eric Carreel, for an undisclosed sum.

Similarly, the 360-degree Ozo camera was axed in last September. And that was not a bad product, according to CNET:

“The Ozo is an incredibly innovative camera system. Given Nokia's track record of rolling out new functionality and improvements (as well as a significant price drop) it's definitely going to make waves in the VR production field.”

But no further “waves” will be made by it.

Why give up so soon? These new products that Nokia announced were received fairly well, and less than two years is a mere pittance in the life of a new technology product cycle: they only had the first generation products out, and now they are already calling it a day.

Had Apple given up after their first iPhone there surely would not have been a shiny-new, five billion dollar "flying saucer headquarters" in Cupertino today.

I remember from my past career at Nokia how many promising new product areas whithered due to the fact that the Product Managers did not dare to predict sales in billions of dollars in the next 12-18 months. So the resources got reallocated and the innovation cycle dried up.

This “urge to make a quick buck”-mindset was one of the reasons behind the sad story of Nokia handsets, yet not the only one.

It is true that when established companies try to jump to new areas, these histories are not sprinkled with an abundance of success stories, but less than two years for almost 200 million dollar investment is pretty much on the low side, especially when the company has financial resources to back it up.

First of all, changing corporate culture is hard: every company has an “established” way of doing things, and most of the times, any “newcomers” meet not only external competition, but internal as well: resources are scarce, so there's always a fight over them.

On the management side, big boats turn slowly, and mostly due to utmost necessity only.

There are exceptions, of course: 3M is a company that was created purely to invent new stuff, and the company structure has been built from ground up to support that goal. Yet even they seem to have missed the still ongoing free-for-all “Trump Bump”: the 3M stock price is back to its 2017 levels.

Second, in terms of health products that internally are not so complicated after all, the raise of Chinese companies in this category with their cut-throat pricing was seriously biting into profitability, so I assume that the bean-counters in Finland did their math and suggested pulling the plug.

The same cutthroat price erosion most likely affected the VR camera: the fact that the original price came down from $60k to $40k quite rapidly probably indicates that in the absence of ubiquitous viewing equipment, the market for 4K-quality 360-degree cameras was no there yet, and the camera tech has traditionally seen very steep price erosion. So maybe Nokia was trapped by being a leader in this kind of technology, that is still considered a niche, and did not have the will to push forward.

...or maybe they just did the math and came to the conclusion that the incoming 5G rollout simply needs all hands on deck. No time for distractions.

At least they have positioned themselves well into this market, with their ReefShark product, amongst others. Link to that can be found in my Gallery section.

There's nothing wrong in sticking to your roots as long as you innovate to keep up with the competition.

I wish them the best of luck. 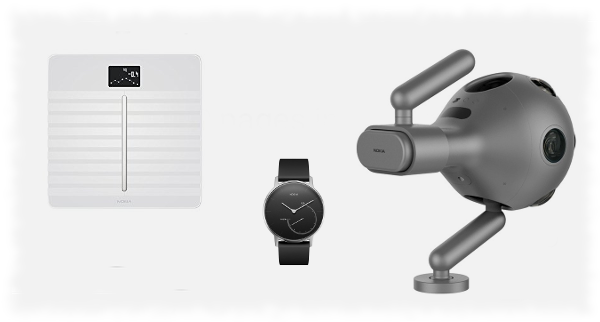