I the book I go through the roller-coaster history of Iridium, and explain the new updates that started going into orbit last year. This year the second-generation Iridium Next will be in full use, so it is worthwhile to revisit what this is all about.

Although the main news is the higher bandwidth for users that can reside anywhere in the world, Iridium realizes that the competition that is going to enter this market in the future will offer speeds that are several times faster than even Iridium Next. Therefore they have added specialized new features, like ship and plane tracking to their service list that already covered global data and voice call services, and this multi-service platform has a new name: Iridium Certus.

By teaming up with established communications equipment manufacturers, like Thales, L-3 and Rockwell Collins, they are clearly hoping to establish services that become a norm and for which the actual communications speed is not the main issue: reliability, specialized services and global coverage are their selling points.

In order to minimize the still stellar (pardon the pun) cost of satellite communications, their new Certus service approach is aimed to use existing cellular network where available, and only switch over to Iridium when there is no other connectivity to be found. Data plans appear to start from $69 per month, which gives you max 10 MB of included traffic. Anything over that will cost about $7 per MB.

The fastest speeds appear to be 350 kbps uplink and 700 kbps downlink, which is about 50% more than was promised earlier. These kind of speeds are nothing to write home about in today's terms, but if you happen to be in Antarctica, you probably appreciate something like this very much over the old 2.4 kbps Iridium with connection time-based charging...

This will by no means be an everyman's communication solution: the only references to Certus-compatible equipment I found while researching for this entry were from Thales, and the pre-order price for their MissionLink 350 product was about 7,500 dollars.

So when you plan on having a satellite-based broadband and voice service via Certus, it looks like your solution target is more in the private jets, private yachts and remote oil rigs-category, not sailboats or rural Internet access.

And like almost everyone these days, Iridium mentions support for Internet of Things (IoT). I could not find much details on what it actually means: the only reference on the Iridium website explained a system used to track endangered species, and with monthly costs like this, whatever you integrate Certus with must be of a very high value.

I have come to the conclusion that there are two buzzwords that everyone seems to use these days: blockchain and IoT. Adding either or both of them in a press release is a modern version of the dot-com hype of the early 21st century.

In terms of satellite broadband services, Iridium appears to be primarily aiming at beating Inmarsat in the short term, and finding its niche from the enhanced services business before the competition raises from the likes of SpaceX's Starlink and others. I plan to write more on Starlink in a future blog entry as they start progressing towards deployment.

An interesting coincidence of course is that Iridium is paying hundreds of millions to SpaceX to get its new satellites to the orbit: so they are providing funding for SpaceX that is working on creating a major competitor to Iridium via its planned Starlink system...

And as mentioned in the book, the sad side effect of this incoming Iridum upgrade is that the famous Iridium flares are going to go the way of the dodo.

So if you haven't yet seen one, go to the Heavens Above page, plug in your coordinates and see if there are any flares on the way. They are really worth the trouble, especially when the magnitude is over -5, but in general, the more negative the listed magnitude is, the more spectacular the flare will be: remember that the brightest star in the sky, Sirius, has a magnitude of -1.5, while Venus can reach -4.9.

I just saw another magnitude -4 flare a couple of weeks ago here in Brasília, and it still looked like magic, even when you know exactly why and how they occur.

Free entertainment from a system that once made one of the biggest bankruptcies in history. 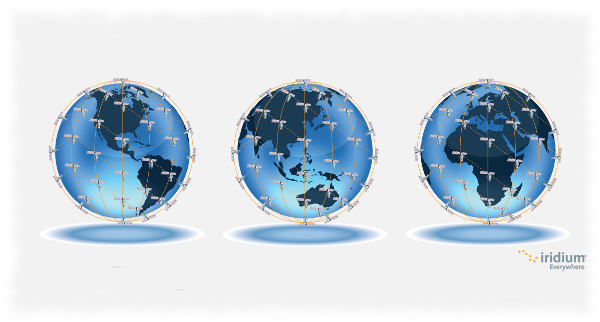