There is an old, famous cartoon about two dogs sitting next to a computer, one saying to another: “On the Internet, nobody knows you're a dog”.

This very much depicts the earlier view of the Internet: everyone is equal.

The equality approach affected both the end users and the companies: as the ISPs handled the data equally independent of its source, innovative companies that needed a lot of bandwidth and/or unrestricted access, like Netflix, Skype and WhatsApp, could freely rely on the Internet infrastructure and grow, eventually to the benefit of us end users.

This inherent feature since the birth of the Internet, referred to as net neutrality, was mandated as the principal for all network traffic in the US by the Obama administration, but some of the larger ISPs, with the lead of Verizon, are now actively taking advance of the more lax “business first” approach of the Trump administration.

Although the FCC is supposed to oversee the fair use of communications, not make it more profitable to the selected few, FCC, with the heavy-handed lead of its new Chairman Ajit Pai, voted 3-2 along the party lines to change the historically accepted situation.

In short, repealing net neutrality means that the ISPs can change their generic pricing and delivery rules to have content-specific pricing, quantity or speed limitations, both for end users and the providers of services.

They can even block some services altogether at will, which is very detrimental in locations that have no or limited choice of ISP providers, and could seriously harm any Netflix-type high-bandwidth newcomers. Those companies would simply not be able to get their services available to end users at all, or would face huge costs in doing so, making the services uneconomical.

How many of us would have subscribed to the budding service of Netflix with a monthly cost of 100 dollars?

The only party in the chain from an Internet company via ISP to end users that will be financially benefiting from such tampering and reshaping of traffic will be the ISP. Instead of growing and upgrading their network capacity as per demand, they could choose to shape the traffic to be more profitable within their existing infrastructure. Everyone else will pay more for the same or even less content than before, including you.

To make this harder to understand and to muddy the waters in those parts of the media that is more inclined towards supporting rights of the large companies under the disguise of "real American voice", the proponents of this change call it “Restoring Internet Freedom Order”. A misnomer of the worst kind, very much along with the “alternate facts”-approach of the current US administration.

Large tech companies, with the lead of Microsoft, Google, Facebook and Amazon, are strongly against this impending move, and even many of the smaller ISPs have joined up to show their resistance. Over 20 states are suing the FCC over this issue, with the lead of California.

So no surprise there: common sense seems to be in the majority.

There appears to be some legislative hope as well: with the help of three Republican senators, the Democrats on Wednesday, 16th of May, got through a rare bipartisan majority vote in the Senate to restore the net neutrality rules.

In order to succeed, it has to pass in the House before the end of January, and it would need 25 Republicans on top of Democrats in the current setup to pass. Not very likely with the current composition of the House.

If this fails, the next step will be fighting in the courts, which is not preferable at all.

But for you Americans, there are the mid-term elections in November, so you can still bring your voice in the play.

Check the network neutrality view of the House candidates in your area and vote. Don't be fooled by the misnomer “Restoring Internet Freedom Order”: while reading the comments on this issue, quite a few of the readers of so-called “fair and balanced news” outlets seem to have been taken for a ride by this purely political twisting of words, to the detriment of their own future Internet access.

As a non-US citizen, why should I care?

If the US will change the rules, it is clear that similar push will appear around the world, so small future startups like Skype from tiny countries like Estonia might never see the light of day.

Even if the rest of the world takes a dim view on such traffic shaping, the Internet is global, and for any new service, the added potential of 300 million American users makes a huge difference. Needing to fight or pay extra for this access is not good for anyone.

Hence, also people outside of the US are carefully watching the developments, but as so many times in the past, it is the US that has to take the lead on this.

The decision makers in the US should really stop and think which parts of the value chain are more important for the long-term well-being of a country: the companies providing new, innovative services, the millions of potential customers of these new services, or the handful of middle men pushing the related bits around in their pipes? 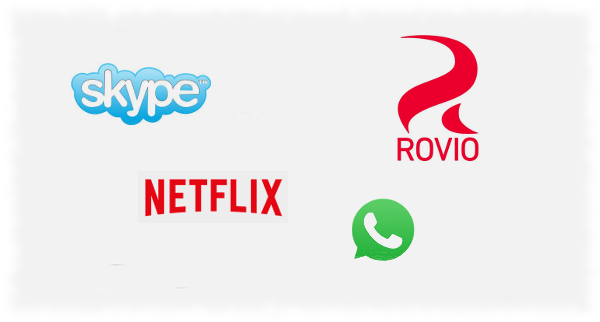 It's not just future US startups that may suffer, but also international ones