In 1983, the Finnish flagship airline, Finnair, succeeded in opening a route between Helsinki and Tokyo, and the key Japanese negotiator in this deal, Bunsei Sato, was visiting Finland.

Tiny Finnish brewery, Pyynikki, had already during the early 1970s launched a new beer that had a collection of 24 famous Admirals in its labels, with a drinker-encouraging advertisement theme “collect all the Admirals”. One of them was the Japanese hero of the Battle of Tsushima, Tōgō Heihachirō Saneyoshi. The battle itself, as described in the first chapter of my book, was one of the defining moments of the 20th century, in which the new, wireless technology played a major role.

Someone in the Finnish delegation had the inspiration to hand-pick beer bottles with Tōgō on the label to be served for Sato at the dinner, and as he showed a very positive attitude towards the product, he was provided with a handful of bottles to be taken back to Japan as well.

Soon afterwards the brewery started getting queries for the “Tōgō beer”, and Finnair was more than happy to haul samples to Japan as air cargo on this new route.

Eventually the CEO of the brewery visited Tokyo with members of the Finnish Foreign Ministry, and although the CEO took full advantage of this surprising advertisement potential, thanks to the journalists that were part of the delegation, the Foreign Ministry members of the delegation became quite wary of what they saw: the events around the beer were shamelessly political, nationalistic, right-wing sessions, bursting with negativity against the Soviet Union, especially over the situation with the Kuril islands that the Soviet Union invaded at the very final stages of the Second World War.

Finland, as a neutral nation with delicate relationship with the Soviet Union, sharing the longest contiguous border with it, needed to thread a narrow path between this unexpected export success and political reality, so after the initial news spread in the Finnish media, a silent “advise” was delivered to the brewery: enjoy the exports, but please keep it low-key in the media.

Hence, although the Amiraali beer kept on flowing to Japan, this surprising development was not reported further: it was not worth stepping on the toes of the Russian Bear right next door, especially as the shortest flight route to Tokyo from Helsinki went through the Russian airspace, and Finnair was one of the few companies that had gained access to it.

The opening of the Tokyo route itself was a major milestone for Finnair, and flights to other Asian cities followed this beer-aided success: thanks to the fact that the so-called Great Circle Route (the shortest route over the ball-shaped Earth) to many major Asian cities from Europe goes over Helsinki, Finnair has since become one of the prominent carriers offering flights to Asia with smooth connections to Central Europe, which explains the abundance of signs and announcements in Japanese and Korean these days at Helsinki Airport.

The radio on board Shinano Maru had one more indirect consequence... 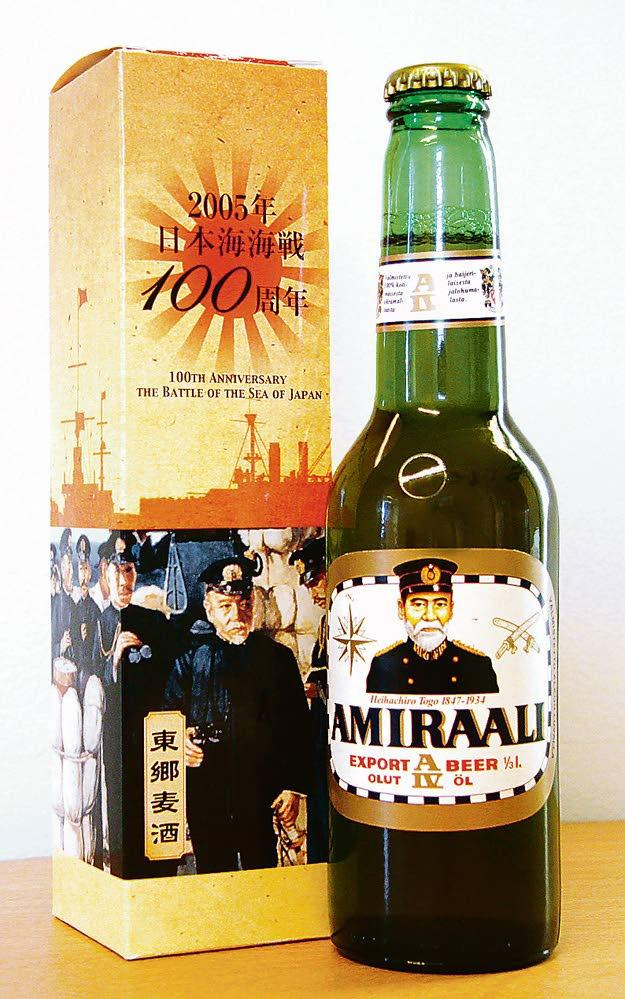