As discussed in the book, the former king of mobile phones, Nokia, eventually fell from grace, with not-so-little help from a CEO hire from Microsoft. But thanks to a new company, HMD Global, the brand is back.

According to recent articles, like this one in Forbes, HMD managed to sell over 10 million devices, which is no small feat in the current cut-throat smartphone market.

I have been using a non-US Nokia 5 like this now over six months, and I'm pretty happy with it: the best thing is that it has a plain vanilla Android OS, no vendor-based gimmicks whatsoever, and updates pop up frequently as well. It has the best Wi-Fi sensitivity of all my current devices, but that may simply be a generation issue: the new ones appear always to have improved range.

It is also a dual-SIM device, which in my case is optimal.

Anyway, if you are looking for a no-nonsense, clean Android, you might want to take a look at these new devices. Their range covers everything from el-cheapos to expensive flagships to crazy retro copies of old stars, like this Nokia 3110.

The only annoying thing so far is that after most OS upgrades, it starts giving an indicator sound every time you drop out of a network and join a new one, and the setting for this seems to wander around. After the latest upgrade, I have not yet found a way to shut those beeps off. I'll try again after the next update...

If you still want to have a device with a legendary logo on it, for users in the US, Nokia 6 looks like a nice one, or at the cheap end of the scale, Nokia 2 might fit the bill.

It's nice to see the old, trusty logo on a brand new device.

Meanwhile, the "real Nokia" is expanding to health products: their current offerings, including the HMD phones, can be browsed through this link. 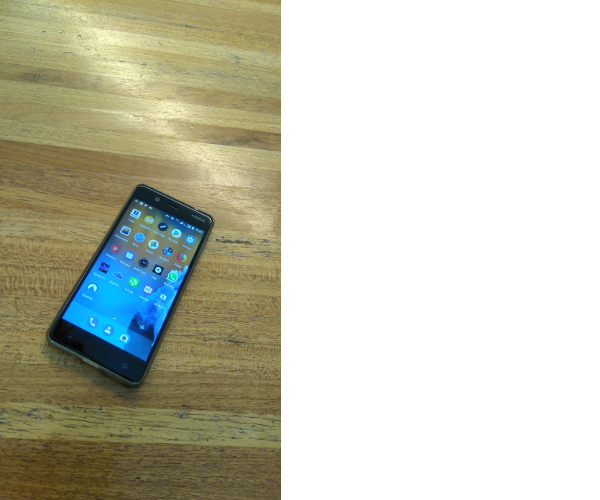