Bluetooth started as a humble effort to replace the cable between a device and the headset. In this kind of use case, the main drivers were low power consumption and tiny physical size, and these limits dictated also short distance connectivity, which in the headset use case was good enough.

Over the years new features from replacing the cable in both mouse and keyboard to providing a wireless modem linkup arrived, together with ever-improving data transfer speeds that allowed higher quality audio.

Already several years ago we had reached the point in which the Bluetooth audio experience was "good enough" quality for the 99% of users. Even high-end headphone manufacturers have embraced Bluetooth as the alternative for those pesky wires.

But one major feature was still missing: the ability to feed a limitless number of receivers at the same time, or multicasting. For such use cases, the signal had to be transferred over Wi-Fi, infrared or inductive loop.

A possibility to feed two headsets at the same time via Bluetooth had been introduced, but a common use case that was the norm in big-crowd seminars was still missing.

A set of new features, known as "LE Audio", where "LE" is the already familiar low-energy identifier, have now been introduced by the Bluetooth Special Interest Group.

The most revolutionary of these new features is the possibility of sending low-bandwidth Bluetooth audio signal to practically unlimited number of listeners. This will make it possible to listen to a presentation using your personal Bluetooth headset in auditoriums, instead of the clumsy "give me your ID card and we rent you a headset"-model that is currently prevalent in such situations.

Similarly, all those muted television sets at airports can now have a voice: just choose the desired channel and the details of the latest crazy political stunt somewhere on the Western hemisphere are yours to be heard.

And for those countries that still push dubbed movies in movie theaters, a parallel audio track could be fed via Bluetooth for those viewers preferring the original dialogue.

The new standard will also support a kind of reverse case of this: you can tag your headset into multiple streams at the same time. Less useful than the multicast mode, but still may prove to be valuable in some special occasions: as a private pilot, I could foresee the joined reception of my background music track into my aviation headset, overlayed by the Air Traffic Control channel from the plane's radio.

The new devices supporting the LE Audio are expected to hit the market at the end of this year.

More of the colorful history of Bluetooth can be found in my book. 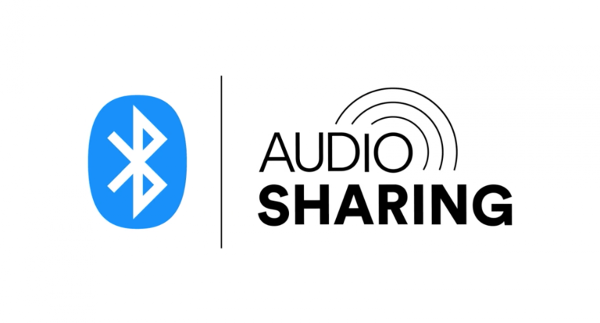