Boeing’s misery over the self-inflicted 737 MAX wound does not seem to be able to come to a conclusion. The company has now announced a halt of production, as the Federal Aviation Administration has made it clear that the MCAS system will not be validated this year, and thus the airworthiness certificate of 737 MAX will remain revoked.

The fleet of 737 MAX planes will remain solidly grounded at least over the Christmas holiday period, during which the demand would have been the greatest.

In the mean time, lawsuits are piling up. A couple of days ago an Irish airplane leasing company sued Boeing over the purchase and delay of 22 MAXes, demanding 185 million dollars for compensation, and several airlines with grounded or undelivered MAXes appear to be winding up similar cases.

Some Chinese airlines have been hit especially hard by the lack of MAX deliveries, as they had counted on a rapid expansion of their fleets with MAXes.

And it is not only airlines that are hit: Southwest Airlines pilots have also sued Boeing for 100 million over lost pay due to the grounding of the planes, as the pilots are not getting the expected hours and thus have been experiencing pay cuts.

The formerly red-hot hiring market of 737-certified pilots has come to an almost complete stop globally.

At the same time, it is good to be an Airbus-certified experienced pilot: Shanghai-based Yuneyao Air is seeking for Airbus A320 captains, offering an annual salary of $299,000 with only 14 hours of flying time per week. Other perks include seven weeks of paid vacation and an overseas employment allowance of over $600 dollars per month on top of the salary.

I should have started my aviation career much earlier than I did ;)

Boeing stock holders, on the other hand, are hit hard: the result of this mess has been a severe depreciation of Boeing’s stock price from the high of 440 dollars to 327 dollars this year: a 25% plunge during a record high market that is still riding the gigantic boost created by Trump’s corporate tax reductions.

If the economy turns sour, Boeing's current excessive nose-down attitude can turn into a full tail spin. Ironically, this kind of downturn may well end up being caused by the fact that the GDP of USA is being reduced due to the lack of sales of 737 MAXes: one hundred lost MAX sales are worth 10 billion dollars.

Bad design decisions of a single company may therefore pull down the entire economy.

More information on this sad corporate mishap can be found here. 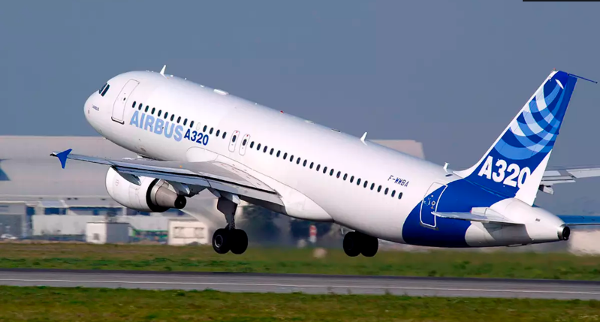 Life is good for Airbus A32X-certified pilots these days [Airbus]