As I discuss in my book, the situation that my parents had was a prime example: ADSL via multi-kilometer copper wire that had been fried by lightning storms a couple of times, measly 2 Mbps downlink and a whopping 0.5 Mbps uplink that timed out my laptop email client whenever a set of pictures were sent out. And worst of all, a monthly price that would make you cringe.

So when the network provider, Telia, offered a replacement with a 4G-modem, I helped them to switch their setup. The result was a repeatable 30 Mbps downlink/5 Mbps uplink with no data caps and half the price.

As a result, the operator could decommission the fragile copper cable: the fixed phone that originally had been using the copper connection had been turned into a fixed-looking table-top cellular model already years ago as the local telephone switching equipment was removed, so the ADSL was the only reason for its continued existence.

The operator was happy.

From the end-user point of view, the download speed pretty much “in the middle of nowhere” was now 15 times faster. That was a very detectable change. And as mentioned, the monthly cost was halved.

Hence everybody won in that game.

Although the distance to the cell tower was several kilometers, there was no need for a truly fixed external antenna: the signal strength even inside the house was still just one bar below maximum, so having the modem sitting on the desktop was good enough in this particular case. But if you have a longer distance or obstructions along the way, an external directional antenna that is fixed outdoors is a must.

The new connection has now been running for a year, and has been flawless. The inevitable “remote assistance” via VNC that every nerd ends up giving to his parents every once in a while is now fluid as compared to the old ADSL environment, thanks to the tenfold improvement in uplink speed.

This kind of paradigm shift has also helped many developing countries to skip the costly and complex wiring of their cities and jump directly to enjoy the benefits of data connectivity.

With the incoming 5G, this will be even better, but as the frequencies are moving up all the way to the 60 GHz range, the solution becomes a bit more fixed: an outdoors antenna is required in most situations, just putting a new "semi-fixed" modem on the table won't cut it.

Still, the potential for even faster speeds and lower latencies will be worth the extra hassle, which is about as complicated as installing a terrestrial television antenna.

5G may never reach the kind of truly rural locations like in which my parents live, but the current 4G solution is already way beyond their connectivity needs for years to come.

As discussed before in this blog, 5G will not be a “fit-for-all” solution: it is a perfect complement to the existing 4G networks, especially in locations with lots of simultaneous traffic in a limited geographical area, like sports arenas.

But for rural users, whether the link itself is 4G or 5G, the benefits of faster speeds and lower costs should make the transition decision easy, and the operators have great financial reasons to make it as easy as possible. The recent television frequency reallocation, which also is discussed in the book, is bringing lower frequencies to 4G, and this will improve the connectivity of rural inhabitants.

And then, of course, there is a satellite-based Internet revolution coming along. More of that later. 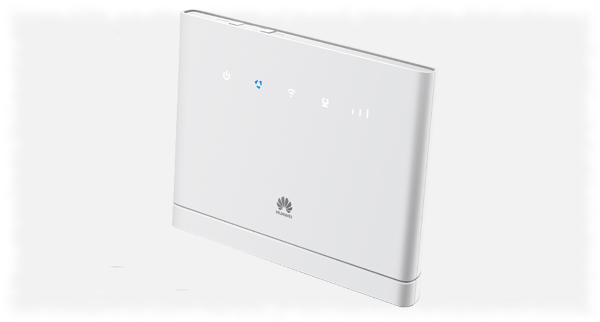