In the book I explain the benefits of the Subscriber Identity Module (SIM) card: most importantly, it allows easy switching to a new operator, while your familiar phone environment remains the same.

But as the underlying technology in our smartphones evolved, the fact that a SIM card is a physical device became more and more of a problem: the space that was needed for the SIM card reader started becoming a limiting design issue in terms of the thinness of the devices.

At first, this was counteracted by reducing the physical space needed for a SIM card: therefore all new SIM cards come with pre-cut areas that allow them to be placed in a device that takes either the original SIM card, mini-SIM or micro-SIM. All these have the same electronic nucleus with a different-sized plastic frame around it.

But as the demand of ever smaller cellular-connected devices was growing, especially with smart watches, even micro-SIM was prohibitively large.

There had been suggestions for a completely electronic, “soft-SIM” or embedded SIM versions already for many years, and a task force in the GSM Association (GSMA) has been working on a proposal for a new standard for a very, very long time. And finally, the first products with eSIM are now coming out, with Apple Watch 3 and Google Pixel 2 being at the front line.

This approach has the logic of a SIM card embedded in the device, so there is no need for a physical card, nor the mechanics around it, which saves a lot of space. And changing operator becomes a software issue, so it can be done through an application on the phone.

But why has this been so slow, if the size and convenience benefits are so obvious?

My assumption for the slowness is the fact that the SIM card is the main component through which the operator has its handle on their customers: if this becomes as easy to change as running an app, there is a perceived loss of control from the operators' point of view.

As explained in the book, many operators allow subsidized purchases of the latest smartphones by locking them to the physical SIM card. If a locked eSIM suddenly is hacked open, there will be negative financial consequences to the operator. Hence, a lot of time has been spent on making this as hacker-proof as possible.

But in order to keep up with the advancing technology, it looks like this change is finally becoming prevalent.

For Apple Watch, the reasoning is clear, and by having the eSIM share the same identity as the owners iPhone, it is just a dipping of toe in the water from the operators' point of view. Even in the case of Pixel 2, the use is limited only for a small set of operators, mainly for those users who are customers of Google's “Project Fi”. Therefore, Pixel 2 still has a SIM slot for those users that use any other operator that does not support eSIM yet. No space saving here, then.

I haven't verified it myself, but I understand that on Pixel 2, it is possible to use eSIM only at least for Verizon, in addition to Project Fi.

This trend only becomes a norm when all operators in the world are willing to let part of their control slip away and jump on the eSIM wagon. Therefore, I predict that apart from a handful of special cases, like smart watches, the SIM slot is going to be around for a while. 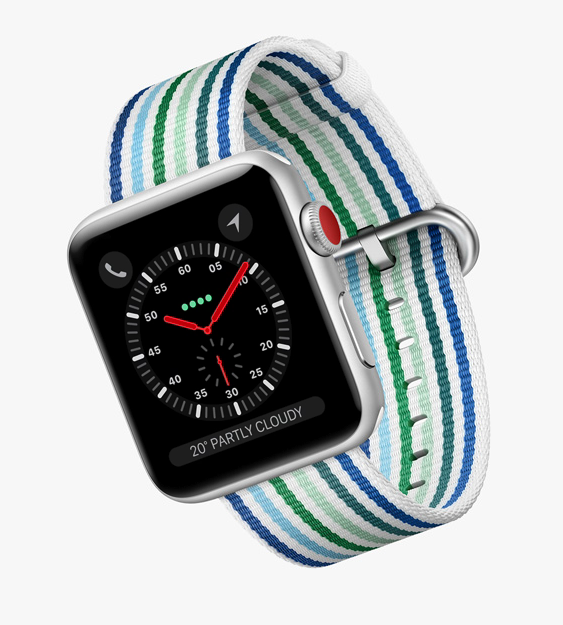